CROCKETT COUNTY, Tenn. — One scam is creating false fear in a local county. 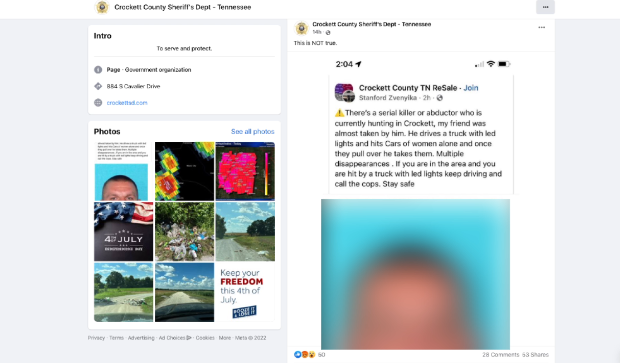 Internet scams are reaching for more than just your money. One particular scam has made its way across multiple West Tennessee Facebook groups.

“It’s under ‘Crockett County, Tennessee Resale’ and it says ‘There’s a serial killer or abductor who is currently hunting in Crockett.’ This has been going around for about three weeks, and I’ve had several people reach out to me about it,” said Crockett County Sheriff Troy Klyce.

Sheriff Klyce says this scam is not true, and believes the post came from overseas.

He says if anything mentioned in that post was happening, the Crockett County Sheriff’s Department would share plenty of information to inform everyone.

“I don’t understand what they’re trying to do here, this is just to instill fear in people and it’s worked,” Klyce said. “There’s been some people who have been afraid of it. Some people are just evil. It’s amazing how hard criminals work on the internet.” 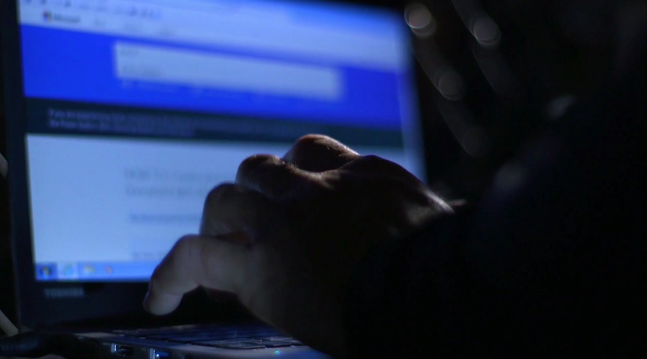 But this specific scam is not the only one targeting Crockett County residents.

“It’s amazing that we’re still dealing with as many scams as we are, because we’ve had people send thousands and thousands of dollars off in order to claim millions,” said Klyce. “A few weeks ago someone bought a really expensive dog out of state, and they sent them money in advance, and of course there’s no dog.”

Klyce says if you are making a purchase and are asked to send money in advance to be extra cautious. Once you are scammed, he says your money and the person who took it is almost virtually impossible to track.

“We just encourage people if you got questions about it to call us,” Klyce said. “If it’s too good to be true, it’s probably not true.”

For more news in the Crockett County area, click here.