JACKSON, Tenn. — Have you ever been contacted by someone saying you have a long lost relative who has left you a hefty sum of inheritance money?

While this scam has been around for decades, many across the nation and West Tennessee are seeing an uptick in reported cases. 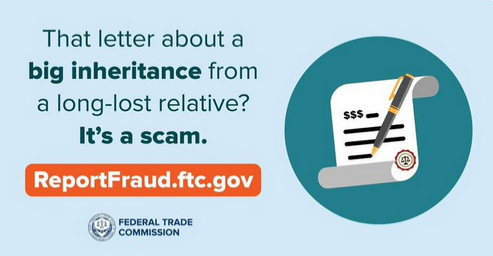 “There are lots of different variations of this scam, but yes, for whatever reason, we’ve had way more reports of this scam in West Tennessee than we have in years,” said Daniel Irwin, Director Of PR and Outreach for the Better Business Bureau of the MidSouth.

With changes in technology, scammers are becoming more savvy be reaching out over letters in the mail, email, and texts.

“The difference is this used to come in over fax. Now, it’s coming in email form now as well, along with fax, and text messages,” Irwin said.

The scam was thought to have affected the older generation previously, but with changes in communication, anyone can be a target.

“Now that it’s going around via text and email, it’s really anybody’s guess. They’re just throwing it out there to see who falls for it,” Irwin said.

Thirty-two people have reported the scam to the Better Business Bureau just over the last three weeks.

“Of those 30 or so people that actually reported it to us over the last few weeks, three different people fell for the scam and gave personal information. And one of them gave money,” Irwin said.

Many times, the scammer is posing as an attorney with a long lost relative’s inheritance, who is requesting personal information and even money in the forms of bank account information or gift cards.

“Most of this scam is geared towards personal information. So the other people that did lose personal information have already started to take steps to protect their identity, which includes contacting the credit bureau and putting an alert or freeze on your credit,” Irwin said.

If you see this scam, don’t click on any links, delete the message, and report it on the Better Business Bureau’s scam tracker.

You can access the Better Business Bureau’s scam tracker here.