Memphis-Shelby County Schools said inspectors and engineers have been reviewing the damage after a drop ceiling collapsed in the library of Cummings K-8 Optional School on Monday. 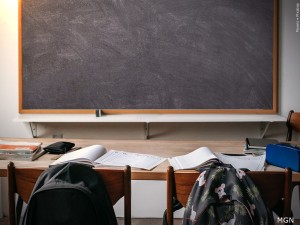 Three employees were treated for injuries after the ceiling collapse, which forced the evacuation of students, teachers and staff, officials said.

Since Monday, Cummings students have been attending LaRose Elementary, and they will continue to do so from Aug. 22 though Aug. 26, district officials said in a statement. A reopening date for Cummings school has not been set.

Officials said the Cummings library building dates to 1930, when it was used as an auditorium, and the drop ceiling was installed in 1982. City and county inspectors and an engineer have visited Cummings to review the damaged area and the rest of the school, the district said.

An additional district-wide review has begun on all buildings older than 70 years with drop ceilings to check for signs of abnormalities, officials said. The district has about 100,000 students.