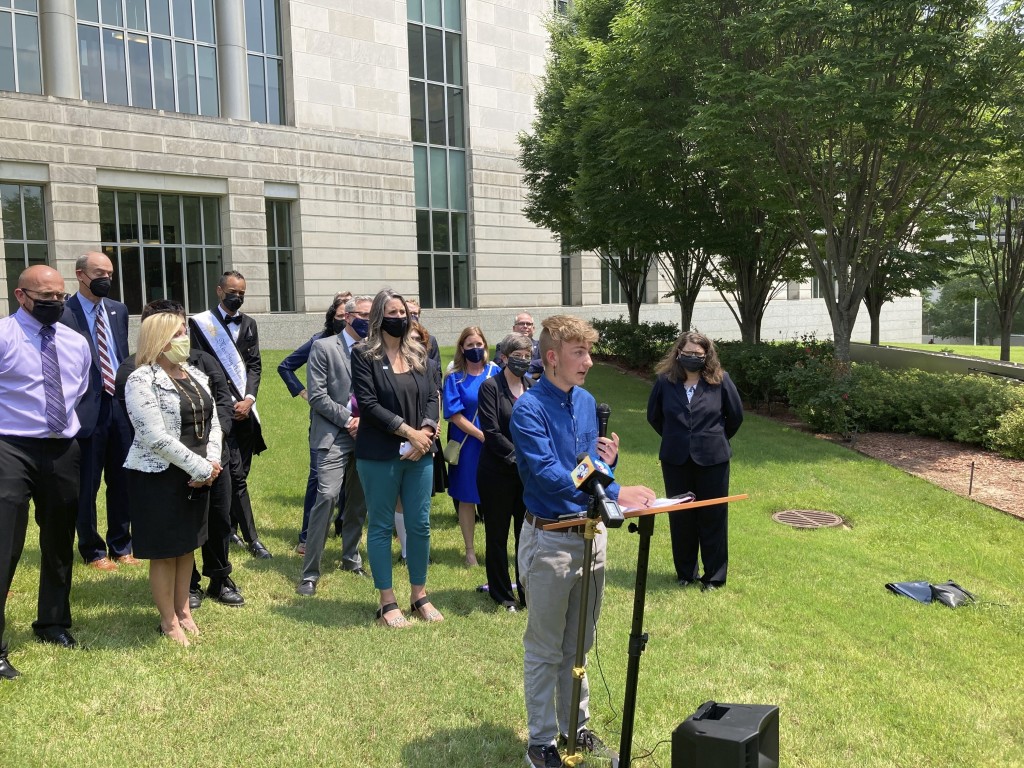 A three-judge panel of the 8th U.S. Circuit Court of Appeals affirmed a judge’s ruling temporarily blocking the state from enforcing the 2021 law. A trial is scheduled for October before the same judge on whether to permanently block the law.

Arkansas was the first state to enact such a ban, which prohibits doctors from providing gender-confirming hormone treatment, puberty blockers or surgery to anyone under 18 years old, or from referring them to other providers for the treatment. There are no doctors who perform gender-affirming surgery on minors in the state.

“Because the minor’s sex at birth determines whether or not the minor can receive certain types of medical care under the law, Act 626 discriminates on the basis of sex,” the court’s ruling Thursday said.

The American Civil Liberties Union challenged the law on behalf of four transgender youth and their families, as well as two doctors who provide gender-confirming treatments.

“The Eighth Circuit was abundantly clear that the state’s ban on care does not advance any important governmental interest and the state’s defense of the law is lacking in legal or evidentiary support,” Chase Strangio, deputy director for Transgender Justice at the ACLU’s LGBTQ & HIV Project, said in a statement. “The state has no business categorically singling out this care for prohibition.”

Arkansas argued that the restriction is within the state’s authority to regulate medical practices.

The 8th Circuit covers Arkansas, Iowa, Minnesota, Missouri, Nebraska and the Dakotas. The ruling on Arkansas’ law comes after the 4th Circuit Court of Appeals that covers Maryland, North Carolina, South Carolina, Virginia and West Virginia ruled last week that gender dysphoria is covered by the Americans with Disabilities Act. Experts and advocates have said that decision could help block conservative political efforts to restrict access to gender-affirming care.

Multiple medical groups, including the American Medical Association, oppose the ban and have said the care is safe if properly administered. The Justice Department has also opposed the ban as unconstitutional.

An attorney for the ACLU told the appeals panel in June that reinstating the restriction would create uncertainty for families.

A federal judge in May blocked a similar law in Alabama. A Tennessee ban that was enacted last year on transgender treatments for youth, which is limited to providing gender-confirming hormone treatment to prepubescent minors, remains in effect.

In Texas, child welfare officials have been blocked from investigating three families of transgender youth over gender-confirming care the minors have received. A state judge is considering whether to prevent additional investigations.