NEW YORK (AP) — Dollar Tree and Dollar General both reported sales increases for the fiscal second quarter as inflationary pressures draw low income shoppers to their stores for groceries and other necessities. Just like the last recession in 2008, dollar stores are again benefiting from shoppers focusing on low priced items and higher income shoppers trading down. Dollar Tree, based in Chesapeake, Virginia, reported second-quarter earnings results that exceeded expectations but sales came short of expectations.It cut profit expectations, and narrowed its sales projections. Dollar General, based in Goodlettsville, Tennessee, reported both second-quarter profits and sales results that beat Wall Street expectations and raised its expectations for sales for the year. 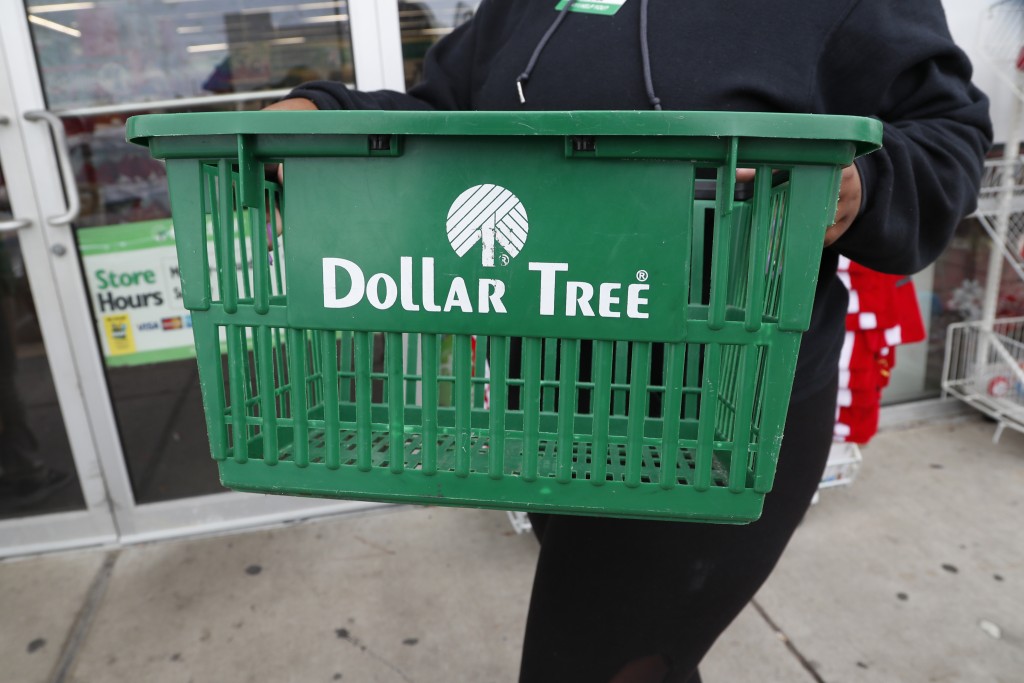 FILE – A clerk brings in a shopping basket at a Dollar Tree store in Richland, Miss., Tuesday, Nov. 26, 2019. Dollar Tree and Dollar General both reported sales increases for the fiscal second quarter, Thursday, Aug. 25, 2022, as inflationary pressures draw low income shoppers to their stores for groceries and other necessities. Just like the last recession in 2008, dollar stores are again benefiting from shoppers focusing on low priced items and higher income shoppers trading down. (AP Photo/Rogelio V. Solis, File)

Dollar stores tend to sell items in small quantities, not big packages, allowing low-income customers to buy a little at a time. Yet the bargain chains are also grappling with rising prices that are rippling through their supply chains.

Dollar Tree, based in Chesapeake, Virginia, reported second-quarter profits that exceeded expectations though sales were a bit shy of projections. It cut its profit expectations for the year and narrowed its sales projections.

Dollar Tree is still trying to incorporate the Family Dollar business that it acquired in 2015.

Wall Street had projected earnings of $1.58 per share, according to Zacks Investment Research.

Revenue was $6.77 billion, which was better than last year, but a sliver short of Wall Street projections.

For the current quarter ending in November, Dollar Tree said it expects revenue in the range of $6.75 billion to $6.87 billion. Analysts surveyed by Zacks had expected revenue of $6.77 billion.

Neil Saunders, managing director at GlobalData Retail, said that the Dollar Tree is a “tale of two companies.”

“The bad company is Family Dollar, which continues its long run of underperformance,” he said. “At a time when consumers are looking to trade down and save money, we believe Family Dollar should be punching out much better numbers.”

He said that Family Dollar has done nothing to make its stores more attractive and they offer “a somewhat jumbled selection of products”. He said the “dingy and depressing environment in many stores is not conducive to attracting or retaining customers, nor is it helpful for increasing average basket size.”

Dollar General Corp., based in Goodlettsville, Tennessee, reported fiscal second-quarter net income of $678 million, or $2.98 per share, for the three-month period ended July 29. That compares with $637 million, or $2.69 per share, in the year-ago period.

The results surpassed per-share projections from industry analysts of $2.93.

Elements of this story were generated by Automated Insights (http://automatedinsights.com/ap) using data from Zacks Investment Research. Access a Zacks stock report on DLTR at https://www.zacks.com/ap/DLTR