Pedestrian dies after being struck by vehicle in Jackson

JACKSON, Tenn. — One person has died after being struck by a vehicle in Jackson Wednesday night. 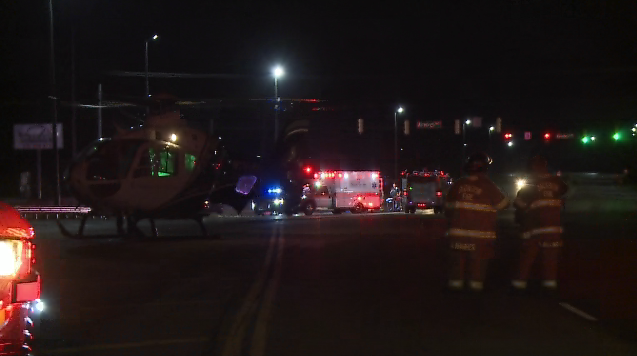 The Jackson Fire Department says they received a call at 10:15 p.m. of a pedestrian struck by a vehicle at the intersection of the 45 Bypass and Airways Boulevard.

Upon arrival, the victim was found laying in the middle of the roadway. Officials say there was severe damage to the vehicle involved and the driver was “very shaken up.”

Firefighters and officials with multiple agencies performed life saving measures, and the pedestrian was flown to a medical center via helicopter. At that time the victim was alive.

On Thursday, the Jackson Police Department confirmed the individual succumbed to their injuries.

No further details were available as an investigation into the incident remains ongoing.