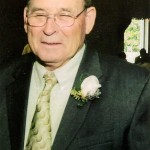 JJ Wynne, age 89, resident of Whiteville, Tennessee and husband of Mary Elizabeth Miller Wynne, departed this life Sunday afternoon, August 28, 2022 at his home with his family.

JJ was born August 25, 1933 in Whiteville, Tennessee, the son of the late James Boyd Wynne and Aileen Kelley Wynne. He was raised in Hardeman County (Whiteville, Tennessee) and served his country from 1953 to 1955 in the United States Army. He went to work for Illinois Central Railroad in 1956 and loved trains. He loved his job at the railroad for 41 years until his retirement in 1997. JJ formerly lived in Memphis, Tennessee from 1956 until 1980. He continued to spend much of his time in Hardeman County with his family, farming, bird hunting and helping out on the family farm. He raised English and Irish Setter hunting dogs. He was a lifelong member of Bethlehem Baptist Church in Whiteville.

In addition to his parents, JJ was preceded in death by his grandson, Jonathan Teal Abston.