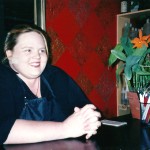 Jennifer was born December 30, 1970 in Memphis, Tennessee, the daughter of Linda Herndon Larkin and the late Tommy Dennis. She graduated from White Station High School in 1989 and from Plaza School of Beauty in 1990. She was a member of Bellevue Baptist Church in Cordova, Tennessee and was a hairdresser for 26 years in Memphis salons that included Dabbles, Paggio’s, La Nouvelle and her own salon, Bella Luna.

Jennifer was loving, caring, compassionate, loyal, genuine and endlessly creative and talented. She was kind to people when they weren’t kind to her. She checked on people even when she didn’t feel good herself. Her family meant the world to her and she was always looking for ways to give to others. Jen loved to laugh and to make others happy. She had a great sense of humor and loved to share “dad jokes”. Her generosity led her to make little creative gifts for family, friends and caregivers.

Jennifer endured many hardships in these last several years, but never gave up hope or fight despite many odds. First, a tracheotomy, then a broken leg, relearning to walk, dialysis and health issues. Her friends called her “Wonder Woman”. When the first doctor in ICU told her and her family, she had no more than six months to live, she became determined to prove him wrong. She determined that she would eventually leave ICU, inpatient hospitalization, nursing homes, rehab and become able to live on her own – and she did!

Jennifer knew the power of prayer and always asked everyone to keep her in their prayers. She especially loved to pray with her Grandma Peggy when she visited. Her favorite Bible verse was 1 John 4:4 – “Ye are of God, little children, and have overcome them: because greater is he that is in you, than he that is in the world.”

In addition to her father, she was preceded in death by her grandparents, Cecil and Lucille Dennis and Luther Herndon; and her uncle, Bill Herndon.

In lieu of flowers, the family requests that memorials be directed to the charity of the donor’s choice.

Condolences may be left on our online guestbook at www.PeeblesFuneralHome.c