A large trough of low pressure remains in place for the next few days bringing scattered to isolated showers and storms potential each day next week. With little movement in the winds aloft, storms that develop will be slower movers resulting in flood potential. A stalled out frontal boundary has been located through west Tennessee over the weekend resulting in some flooding in northern parts of Hardin County as of Sunday evening. The front should shift a little further eastward for Labor Day but a few isolated showers will be possible.

Showers and a few storms will continue mainly in the eastern counties through about 10 pm, Otherwise, Mostly cloudy with a slight chance of isolated showers overnight. Overnight low of 70 with light southwest breezes. 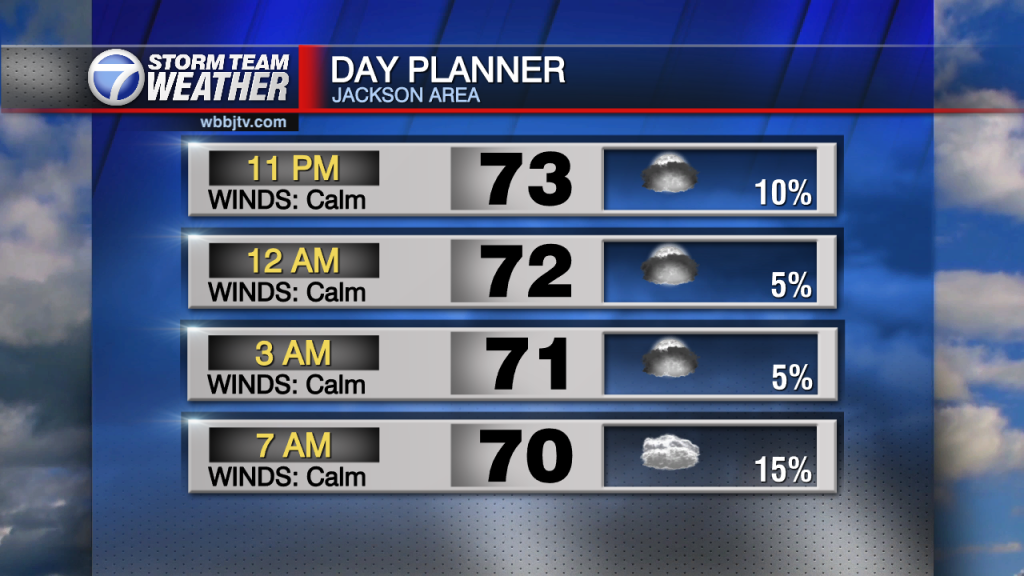 Light southwest winds of 2 to 4 mph will keep most of the thick fog away, but patchy areas of fog will be likely by morning as winds become more calm. 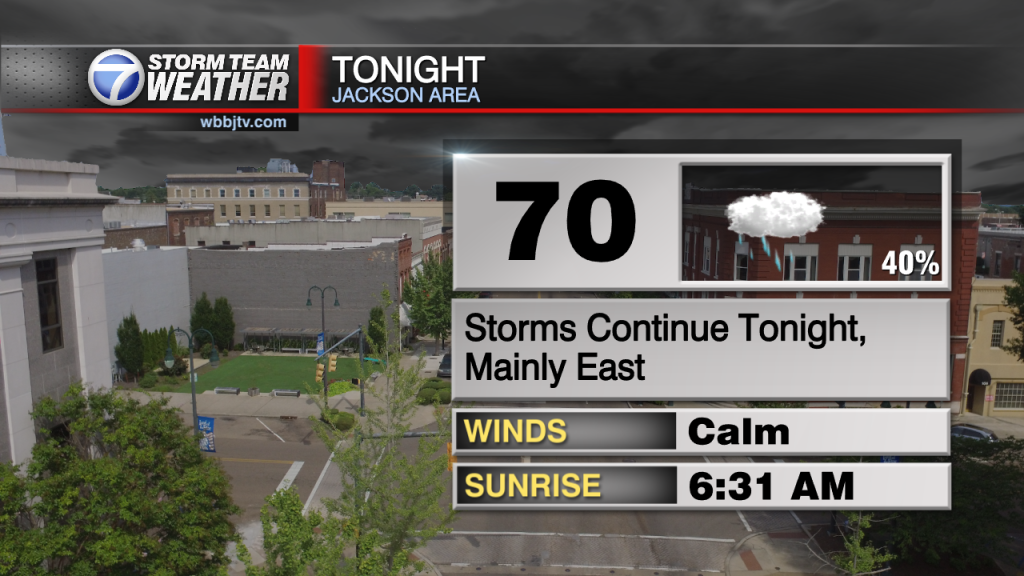 Labor Day will start off early with mostly cloudy skies becoming partly cloudy by late morning. Highs will top out at 86 with a 30% chance of isolated showers by late afternoon. While most of us will dodge the rain, just be aware a lower end chance of showers will exist. Especially if headed out to the lakes, rivers, or grilling out the good stuff! 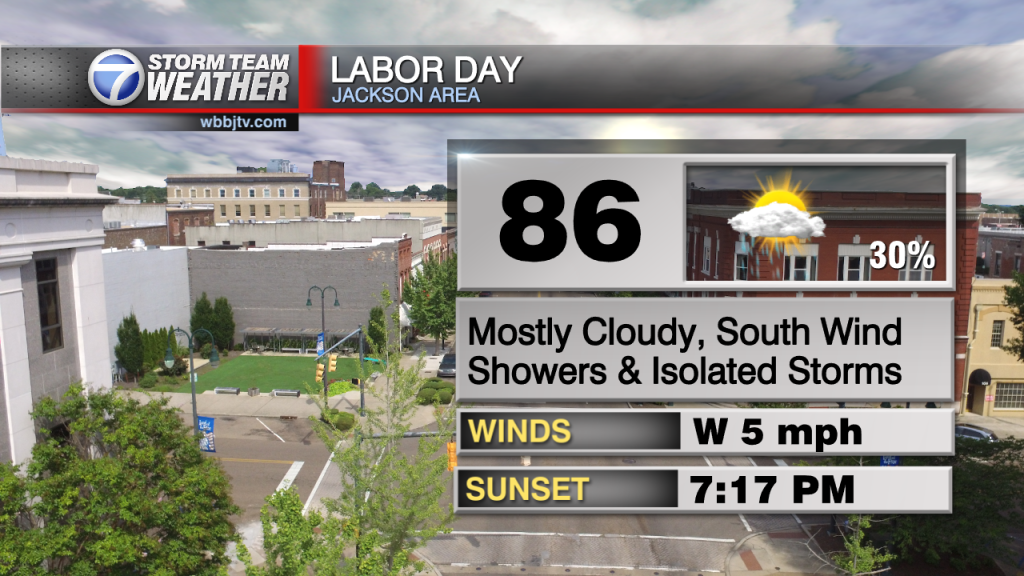 Scattered off and on showers and thunderstorms look to be with us each day next week with highs in the middle 80’s through mid week. Another weak cold front should pass through around Thursday bringing our highs back to the lower 80’s late week but rain chances will remain late week into next weekend.