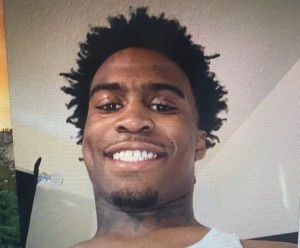 MEMPHIS, Tenn.–UPDATE: According to a tweet from the Memphis Police Department 19-year-old Ezekiel Kelly is now in custody as of
9:28 p.m.

MEMPHIS, Tenn.  Memphis Police are warning people to be on the lookout for a man who may be responsible for multiple shootings.
Memphis Police tweeted out a photo of the 19-year-old Ezekiel Kelly.  Investigators say he is armed and dangerous.

Kelly is reported to have recorded video of some of his actions on social media.

Authorities say Kelly is driving a grey Toyota with Arkansas tags AEV-63K.
Police don’t know how many shootings Kelly is connected to. At least three were reported to police today and two people were killed.

Stay with WBBJ 7 Eyewitness News on air and online for further details.