JACKSON, Tenn. — The City of Jackson is launching a new program called Neighborhood Academy, focused on empowering and teaching the citizens of Jackson about their local government. 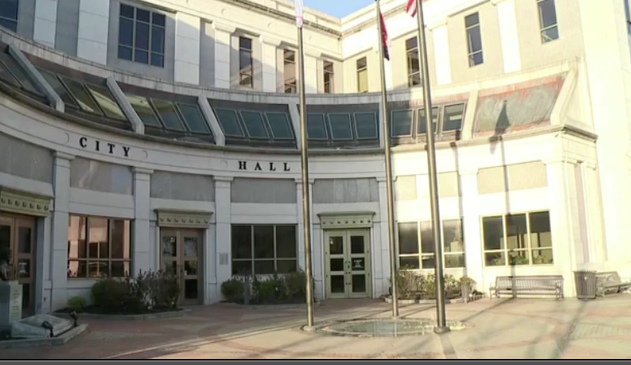 Over the six month period, citizens will learn a variety of things including what local government does and what each department does. And at the end, they’ll get the chance to make change.

“At the end of the last session, they will present a policy change that they want to see in their community, and that can be big or really small like adding a crosswalk,” Pierson said.

By the end of the six sessions, they’re hoping to have more knowledgeable citizens across the City of Jackson. 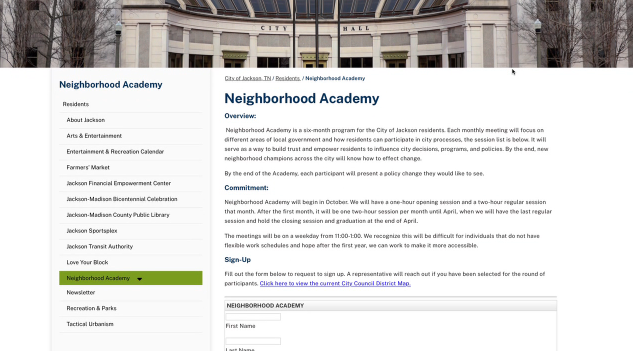 If you’re over the age of 18 and live in city limits, you’re eligible to apply — but apply soon. The applications are available until next Thursday.

“The sessions will take place here in City Hall,” Pierson said. “We are asking for nominees and applications by the 15th of September so that we can get started by October.”

Click here for more information on how to apply.