JACKSON, Tenn. — The City of Jackson has named Thomas Brown as the August 2022 Hub City Hero. 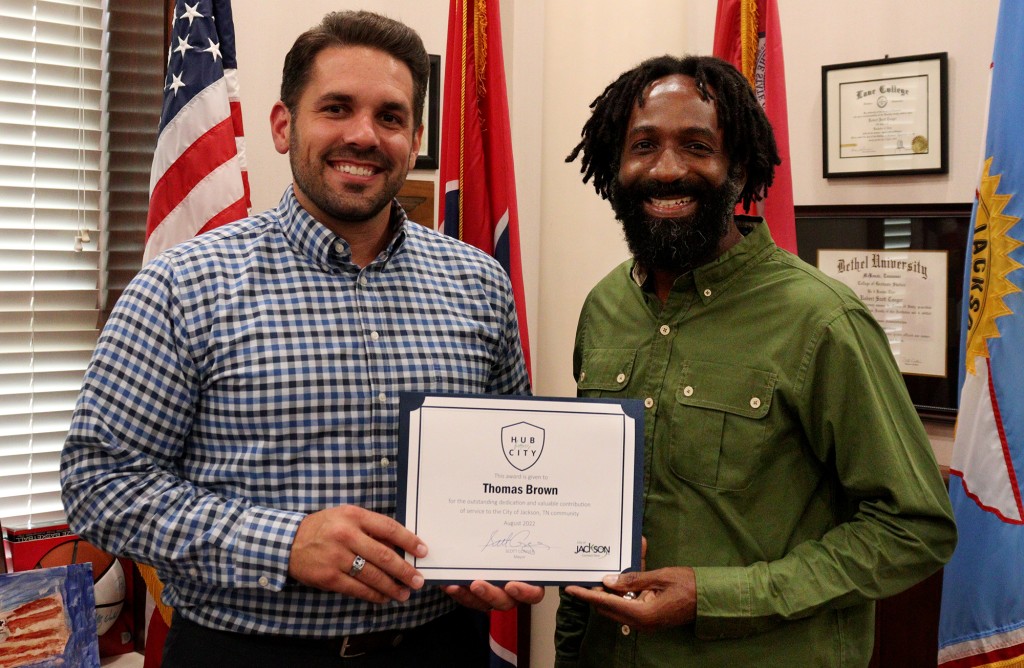 Warehouse Manager for RIFA, Brown is a Humboldt native that has called Jackson home for years.

Brown has been employed with RIFA for five years, and says he really enjoys doing what he can for the neighborhood.

“I know a lot of times the hardest thing is to kind of release is your time,” said Brown. “That’s something you really can’t get back.”

According to Brown’s nominator, he always has a smiling face and wants to serve people, and is a caring man that wants to see the community thrive.

“If you don’t have a good community, then obviously you’re not going to be happy yourself,” said Brown. “And it’s kind of hard to help someone else if you’re not happy.”

Brown is married to his wife Jamie and they have two boys who are also involved in the community.

“Heroes live by the Golden Rule – treating others as they want to be treated – and Thomas embodies that rule,” said Mayor Scott Conger. “He has a servant’s heart for his community and it shows through his work and by the effort he gives to make others feel the same joy he has.”

Click here to learn more about the City of Jackson’s Hub City Heroes.