MEMPHIS, Tenn. (AP) — Police in Memphis, Tennessee have arrested a man they say drove around the city for hours shooting at people. Four victims are dead and three others are wounded after seven shootings and at least two carjackings. Police Director Cerelyn “CJ” Davis said 19-year-old Ezekiel Kelly livestreamed his actions on Facebook Wednesday. She said Kelly was arrested without incident at around 9 p.m. Wednesday after crashing a stolen car. She thanked the many people who called in tips for helping police locate him. Records show Kelly is a felon who was released early from a prison term for aggravated assault, raising questions about criminal justice reform. 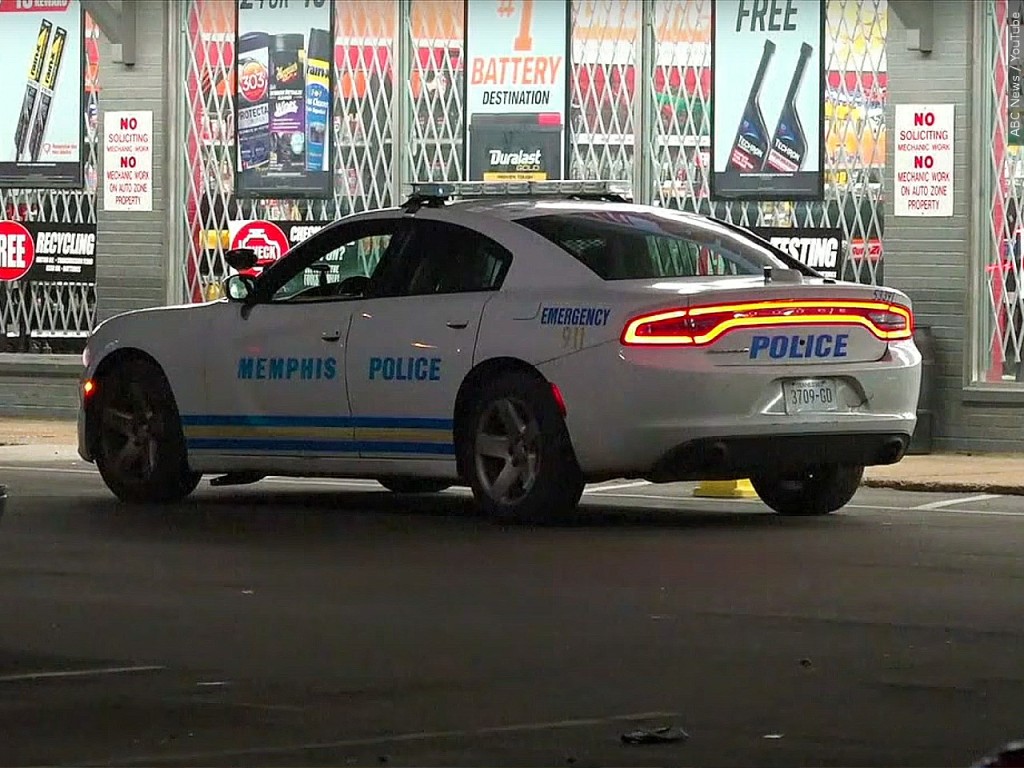 MEMPHIS, Tenn. (AP) — A gunman who livestreamed himself driving around Memphis shooting at people, killing four and wounding three others in seemingly random attacks, was finally arrested after crashing a stolen car, police said early Thursday.

The hours-long rampage had police warning people across the city to shelter in place, locking down a baseball stadium and university campuses and suspending public bus services as frightened residents wondered where the man might strike next.

Memphis Police Director Cerelyn “CJ” Davis said four people were killed and three others were wounded in seven shootings and at least two carjackings before Ezekiel Kelly was arrested without incident at around 9 p.m. Wednesday.

Kelly, 19, was released early from a prison sentence for aggravated assault, court records show, raising a sore point between the city’s mayor and the county’s top prosecutor that played out before the cameras at an early Thursday news conference.

“This is no way for us to live and it is not acceptable,” said Memphis Mayor Jim Strickland, who later pounded the podium as he demanded accountability. “If Mr. Kelly served his full three-year sentence, he would still be in prison today and four of our fellow citizens would still be alive,” he said.

The first killing was at 12:56 a.m. Wednesday, and officers responded to three more crime scenes before receiving a tip at 6:12 p.m. that the suspect was livestreaming himself threatening to cause harm to citizens, Davis said.

In one clip from the video, the suspect casually speaks to the camera before opening the door to an AutoZone store and shooting someone inside with what appeared to be a pistol. That man was taken to a hospital in critical condition. In another, a man narrates himself driving — “green light, green light” — and sings “no faking.” At one point, he fires two rapid bursts of gunfire out the driver’s window while driving. Referring to police, he says he’s going to “go down to the valley, shoot it out with them in the valley.”

Three more shootings and two carjackings followed after police sent out an alert warning people to be on the lookout for an armed and dangerous man responsible for multiple shootings and reportedly recording his actions on Facebook.

Police said he killed a woman in Memphis as he took her grey Toyota SUV, which he left behind when he stole a man’s Dodge Challenger across the state line in Southaven, Mississippi.

Kelly was arrested without incident two hours after the initial police alert when he crashed the Challenger during a high speed chase, and two guns were found in the vehicle, Davis said.

As the shooter terrorized the city, buses stopped running, campuses closed and the Memphis Redbirds cleared the field during their minor-league baseball game. Friends and relatives frantically called and texted each other and TV stations cut into regular coverage with updates.

Facebook parent company Meta said Thursday that it detected and removed the suspected shooter’s livestream before Memphis police sent their initial alert, but the company declined to say for how long the live video was streaming. The company said it also removed the suspect’s Facebook account and has been continuously removing content such as copies of the video or messages praising the attack.

Police did not discuss a motive or release the identities of those killed or wounded. It was too early in the investigation to discuss how the suspect got the gun or guns used in the shootings, said Ali Roberts, acting assistant special agent in charge for the Bureau of Alcohol, Tobacco, Firearms and Explosives in Memphis.

Memphis has been shaken by several high-profile killings in recent weeks, including the shooting of a pastor during a daylight carjacking in her driveway, the shooting of an activist during an argument over money, and the slaying of a jogger abducted during her pre-dawn run.

“I understand it feels like so much violence and evil to experience in such a short time,” Memphis City Council member Chase Carlisle said on Twitter. “We are SO much more than this.”

In February 2020, Kelly, then 17, was charged as an adult with attempted first-degree murder, aggravated assault, using a firearm to commit a dangerous felony and reckless endangerment with a deadly weapon, court records show.

Records show he pleaded guilty to aggravated assault and was sentenced in April 2021 to three years. Kelly was released from prison in March, 11 months after he was sentenced, the mayor said. Given the time he spent awaiting a resolution of his charges, he likely got credit for time served and spent more than two years behind bars.

Strickland thanked legislators for closing what he called a revolving door by passing Tennessee’s so-called “truth in sentencing” law this year. The statute, which took effect after Kelly was freed, requires serving entire sentences for various felonies, including attempted first-degree murder, vehicular homicide resulting from the driver’s intoxication and carjacking.

“From now on, three years for aggravated assault means three years,” the mayor said. “We need the courts and additional state laws to stop this revolving door and I need the public to make their voices heard by those decision makers.”

Standing beside him was Shelby County District Attorney Steve Mulroy, a fellow Democrat who was elected in August after arguing that the sentencing law drives up Tennessee’s prison budget without reducing crime or helping incarcerated people rehabilitate. Mulroy had no role in Kelly’s prior prosecution and sentence.

“I don’t want to get into a protracted policy debate tonight,” Mulroy said. “I think tonight is a night for grieving and coming together and expressing concern about this horrific week that we’ve had. I can say in general what I’ve been saying all along — that repeat violent offenders require a tough response.”

Mulroy then repeated his call for a holistic approach including rehabilitation as well as long sentences, so that people leave prison with the skills they need to avoid returning to lives of crime.