MEMPHIS, Tenn. (AP) — The man charged with killing a Tennessee teacher who was abducted during a pre-dawn run has been indicted on separate charges stemming from an alleged kidnapping in 2021.

Cleotha Henderson was rebooked at the Shelby County Jail on Friday on charges of aggravated rape, especially aggravated kidnapping and unlawful carrying of a weapon.
Details of the newest allegations against Henderson were not immediately available, media outlets reported. Memphis Police did not respond to calls seeking comment, and Henderson’s public defender could not be reached for comment. 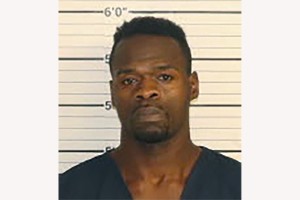 The indictment stemming from the alleged attack last year was issued Thursday, days after Henderson’s arrest in the death of Eliza Fletcher, a mother of two and kindergarten teacher.

Henderson, who also has gone by the name Cleotha Abston, is charged with kidnapping and killing Fletcher, 34. Henderson is being held in the Shelby County Jail without bond on the charges stemming from Fletcher’s death.

Fletcher disappeared while on a pre-dawn run near the University of Memphis campus on Sept. 2. Her remains were found near an abandoned house on Monday.

Henderson was arrested after police detected his DNA on sandals found near the location where Fletcher was last seen, an arrest affidavit said.

Henderson, 38, previously served 20 years in prison for a kidnapping he committed at age 16.

Suspect pleads 'not guilty' in series of Memphis shootings