‘Plant Doctor’ nurtures 250 species from around the globe

SEWANEE, Tenn. (AP) — Some folks have a green thumb. Seems like 21-year-old Oliver Hutchens has two of them and maybe eight green fingers to boot.
Entering his senior year at The University of the South, the biology major, who is concentrating in ecology, serves as manager of the Sewanee greenhouse, a place he refers to as his “home away from home.”

More jungle than home sweet domicile, this 30 foot by 18-foot greenhouse flourishes with flora from around the world, 270 specimens in all, most of them a marvelous gift from Vanderbilt University in late 2019. Previously, this glass building tacked on the side the Woods Center held but three plants: two aloe vera and a blue cereus, one of the few blue cacti. 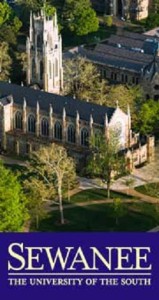 Courtesy of Sewanee University of the South: FB

Hutchens, who grew up in Smyrna and graduated from the Webb School in Bell Buckle in 2019, described the hothouse, saying, “It’s a world tour of plant diversity: a sea of green, big and small leaves. These are all plants from the other side of the globe. Basically, every single plant in the greenhouse is from outside the country.”
Regarding the 13,000-acre Sewanee Domain, which is considered the most plant-diverse campus in the world, he says, “It’s like a mini-national park, a fantastic place to study ecology and biology.”

Hutchens, the son of Robbie and David Hutchens and grandson of longtime Lebanon educators Annabelle and Jim Robinson, began fawning over flora while working on a project his junior year in high school that had him growing tomatoes.

“They did amazingly well. They piled up. I had so many I didn’t know what to do with them,” he recalled. “When I started paying attention to plants and how they grow and how they’re doing, I grew interested in plants. When I came to Sewanee in the middle of COVID, I found this beautiful greenhouse waiting for me. I asked Dr. Jon Evans, who runs it, if I could get a tour of the place. He showed me everything, and I never left after that. Now two years later, I’m the student greenhouse manager.

“This collection came to us two years ago from the Vanderbilt University botany program. It shut down, and the professor there thought, ‘I have hundreds upon hundreds of plants from around the world about to be trashed.’ And he remembered the Sewanee greenhouse and contacted my professor.
“We’re still trying to figure out what to do with the whole collection, and that’s where I fit in.

When I first came in, I did not know what to do. I decided to give greenhouse tours and build events around it. On Friday afternoons I would be there and talk about carnivorous plants or flowers. The best thing I did was ‘Plant Doctor Fridays.’ I’d tell people to bring in their house plants or plants from their dorm window if you’re having trouble with them. I started getting the nickname ‘the Plant Doctor’ on campus.”

About his eager-beaver flora fancier, Sewanee Herbarium director Evans said, “I chose Oliver to be a Block Botany Fellow at Sewanee because of his passion for plants. It quickly became apparent to me that he has a special understanding of plants and their care. Based on this I made him the student manager of our fabulous tropical plant collection in the biology department greenhouse. It has been wonderful to see him pour his heart and soul into this responsibility.

“Oliver initiated a program in association with our greenhouse called ‘Plant Fridays.’ Students bring their plants to the greenhouse to get advice about their care. Word has gotten out about this opportunity and students seem to really enjoy connecting with Oliver about their plants.”

Hutchens said reaction has been mixed with some days a dozen or more coming for the tour and other days a trickle, but on Plant Doctor days he has lots of other plant lovers coming in to have their sickly plants diagnosed.

As for what ails many of the plants he checks out, quite often it is due to a bad soil mix, too much or too little water or just a matter of repotting the plant in a bigger vase.
Of the scores of exotic plants that surround him here, numerous species draw his attention. Currently, his favorite specimens are three species of air plants called tillandsia from Central/South America that are the same genus as Spanish moss. One of them has three pop-out flowers on a tiny little stalk, which he described as “incredibly cute.”
Then there is Euphorbia greenwayi from Tanzania, which he says is “the most alien-looking plant you’ve ever seen. It has no leaves. It doesn’t need them. It’s an unusual combination of shapes and colors.”

Also fascinating is the ant plant about which Hutchens says, “The plant isn’t carnivorous, but it’s a mutualistic relationship between the plant and ants. Ants get housing and the plant gets fertilized by their waste.”

Near the center of the greenhouse, Hutchens shows off a Dutchman’s pipe vine that runs 20 feet up toward the glass ceiling. This morning he had to trim it back as the vine had crept into the ceiling fan overhead.

Another favorite sits against a glass wall with other sun lovers, a 5-foot-tall blue cactus with three-inch long needles. Don’t get too close. And on this day in mid-August, a foxtail orchid blooms and puts out a sweet lemon smell that Hutchens describes as “absolutely divine.”

The greenhouse manager is on an Herbarium Fellowship with four other students who help tend to the plants. They receive a small stipend for their tasks. With a few volunteers they take turns watering the plants daily, which may take from 20 minutes to an hour.

“If just me, it can take an hour: half an hour of watering and half an hour of admiring,” said Hutchens, who also works 12 hours a week at Stirling’s Coffee House on campus. He doesn’t care for a cup of joe himself but would rather smell cardamom in the greenhouse and other tropical spice plants which came from the Vanderbilt collection.

Back in his dorm room, “the Plant Doctor” tends to about 50 more plants.

“I have a whole pop-up table with light dedicated solely to plants, and I have some sitting outside on my little patio,” he said.

This past summer, Hutchens spent several weeks in Africa studying plant ecology and biodiversity, mainly in the savannah of South Africa’s Kruger National Park.
About that experience he said, “It touched a little bit on everything, things like how fire affects the landscape, how the elephants are destroying trees and other plants. What I love about ecology is you have to learn about everything. You can’t specialize too much.”

Anyone wishing to tour in what is practically his private little jungle will find it a tight place crammed with green vines and leaves that will brush against your body and head at almost every step.

“If I showed you everything I wanted, we would be here for hours,” confessed Hutchens. “We have nothing but interesting plants. My goal is to graduate with a mini clone of the collection. I probably have 20 to 30 already. I want to dedicate my career to teaching people about plants and then taking care of plants.”