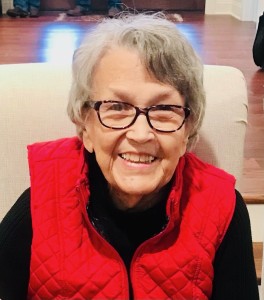 Shelby was the best wife, mother, mother-in-law, grandmother and great-grandmother. She loved her family dearly and they loved her. Shelby’s family was her life. Before moving to Savannah, she was a member of First Baptist Church of Somerville where she sang in the choir and was very involved with the Clown Ministry which she dearly loved. She enjoyed sewing, cooking for her family, going to grandchildren and great-grandchildren’s sporting events, family get-togethers and anything that had to do with her family.

Shelby was preceded in death by her parents, Lynn and Anne Warner; her brother, Lynn; sister-in-law, Faye Warner; and her brother, Bill Warner.

Graveside Services for Mrs. Burch will be held at 11 A.M. Monday, September 12, 2022 at Evergreen Cemetery in Williston, Tennessee. The speakers will be Bro. David Reeves, Bro. Carl Doyle and Bro. Tommy Warner. Special music will be provided by Melvin German and Mary Warren.