A local college ends their film festival with an award ceremony

JACKSON, Tenn. — A local college ends their film festival with an awards ceremony. 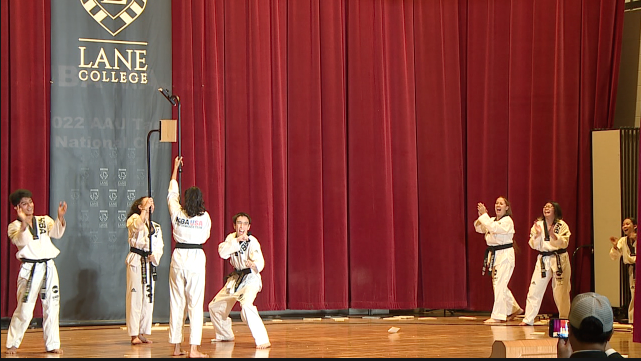 Lane college had an event Saturday night to honor the filmmakers that stood out this year.

The event took place from 6 p.m. to 8 p.m. Saturday night at the Chambers-McClure auditorium.

There was a great turnout with many individuals from the community in attendance.

Some of the entertainment at the event included the Lane College concert choir and a special performance by MBA Majest Taekwondo.

Some of the awards included the lifetime achievement award best student film.

“I would say please put this on your calendar for next year. Plan to be at Lane College for next
year’s Lane College Documentary Festival. You do not want to miss it. It was fabulous,” said Alexis Rainbow, Director of Vocal Studies at Lane College.

Participants can expect to see a return of the festival for next year.