MEMPHIS, Tenn. (AP) — An employee of the Kroger supermarket chain who was wounded in a mass shooting at a Tennessee store a year ago has sued the company, claiming it failed to protect employees from the fired contractor who killed one person and hurt 14 others. 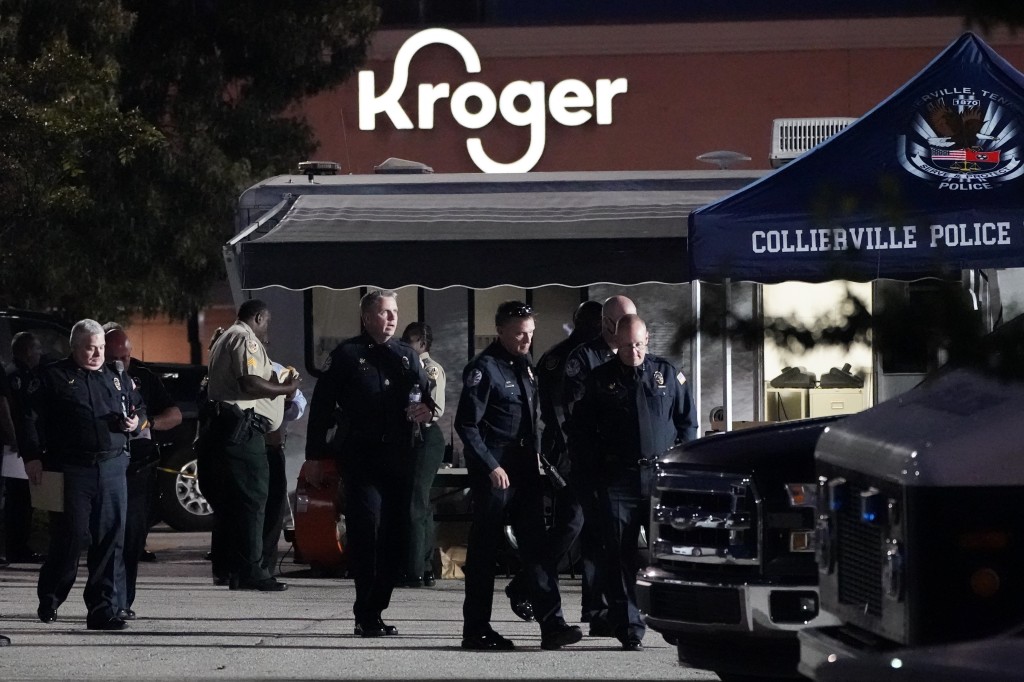 FILE – In this Thursday, Sept. 23, 2021, file photo, law enforcement personnel work in front of a Kroger grocery store as an investigation goes into the night following a shooting earlier in the day in Collierville, Tenn. An employee of the Kroger supermarket chain who was wounded in a mass shooting a year ago has sued the company, claiming it failed to protect employees from the fired contractor who killed one person and hurt.14 others. (AP Photo/Mark Humphrey, File)

Mariko Jenkins was shot at the busy Kroger store in the Memphis suburb of Collierville, according to a federal lawsuit.

Police said UK Thang worked for a franchisee with a sushi business at the store, and he was fired on the morning of Sept. 23, 2021. Thang returned to the store later that day and shot 10 employees and five customers, police said.

Thang died of an apparent self-inflicted gunshot wound within a couple of minutes of officers arriving at the scene. The negligence lawsuit claims Thang had two pistols and “a full-length military style rifle as well as high-capacity magazines and substantial amounts of ammunition.”

Kroger failed to provide adequate security to protect employees and managed the situation with Thang “in such a manner that set into motion the sequence of events” that led to the shooting.

The lawsuit names Kroger and JFE Franchising Inc. as defendants. The suit accuses them of knowing that Thang was volatile and they failed to warn others about the danger posed by him.

“Defendants’ conduct was intentional or reckless and so outrageous that it cannot be tolerated by a civilized society,” the lawsuit said.

Police said Thang acted alone and did not appear to target anyone specifically. The entire shooting was over within minutes as first responders swarmed the scene.

Thang had moved to the upscale suburb 30 miles (50 kilometers) outside of Memphis in the summer of 2020, police said.