MEMPHIS, Tenn. (AP) — Building construction has begun at the future site of a factory where Ford and a South Korean company have joined forces to build electric trucks and batteries in rural West Tennessee, officials said Friday. 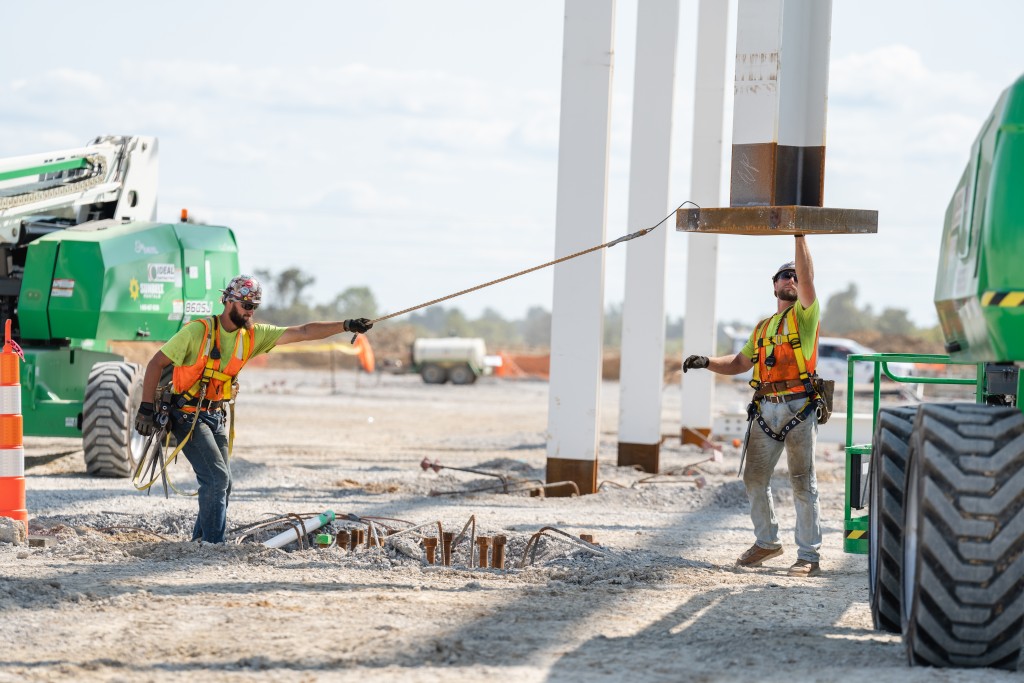 Courtesy: Ford / Structural steel is erected less than one year after Ford and SK On announced their $5.6 billion investment to build a revolutionary all-new electric truck and advanced batteries for future Ford and Lincoln vehicles in West Tennessee at BlueOval City. With construction underway at BlueOval City, Ford – America’s No. 2 electric vehicle brand – gets closer to its target of reaching a 2 million electric vehicle annual run rate globally by late 2026. The nearly 6-square-mile mega campus will create approximately 6,000 new jobs and is on track to open in 2025.

Ford Motor Co. said it has broken ground on the construction of steel structures in Stanton, Tennessee, located about 50 miles (80 kilometers) northeast of Memphis.

The project, called BlueOval City, is a joint venture with SK Innovation, which will build battery factories at the Tennessee site and in Glendale, Kentucky.

In west Tennessee, the project is predicted to boost the economies of several counties. Ford plans to employ about 6.000 workers at the plant, while construction of the factory and the arrival of Ford suppliers will create thousands more jobs.

Crews already started ground leveling operations at the site in March, but Friday’s announcement marks a key step forward in the construction of the actual factory. Ford has said it plans to start production by 2025.