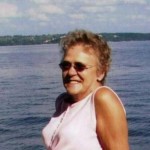 Helen Elizabeth White, age 84 of Paris, TN passed away July 11, 2022 in Nashville. Her celebration of life service will be at 1:00 PM Saturday, October 1, 2022 at McEvoy Funeral Home with Dr. Johnathan Smith of Fairview Baptist Church officiating. A private family burial will be held later at Bevil Cemetery. Visitation with the family will be from 11:00 AM – 1:00 PM prior to the celebration of life service at McEvoy Funeral Home.

Helen formerly worked at Salant & Salant and Dana Corporation. She was a member of Woodmen of the World, Office on Aging, and Sisters of HCMC. She has received several medals from the Senior Olympics.

Besides her parents and husbands, Helen was also preceded in death by a son, Michael A. Page; a sister, Clara Ruth Cannon; and two brothers: William Richard Vaughn and Bobby Darrel Vaughn.