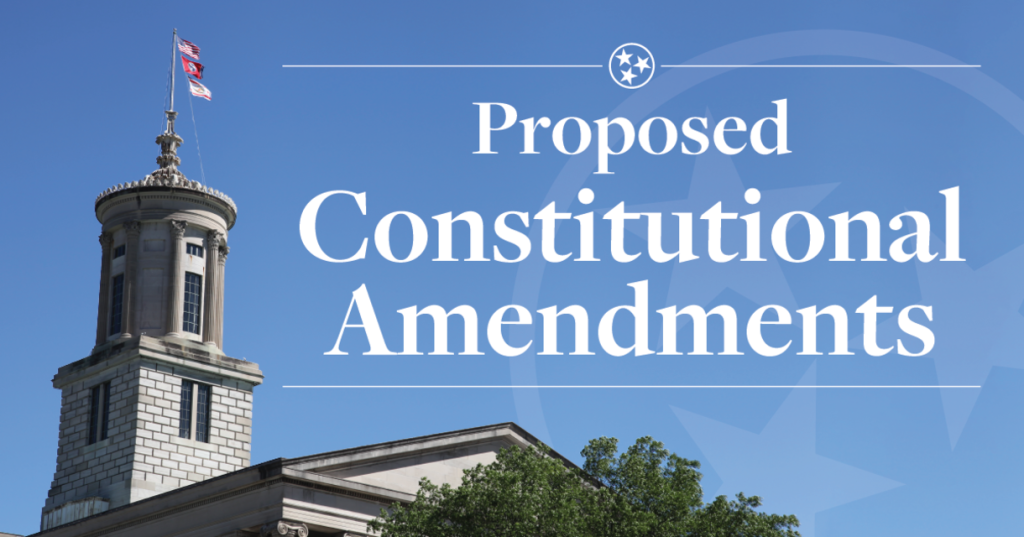 “Our Tennessee Constitution is the foundation of our state government and this November, there will be four proposed Constitutional amendments on the ballot,” said Secretary Hargett. “It’s important for voters to not only know what these proposed amendments are, but also understand how amendments become part of our Constitution so they can make informed voting decisions.”

The four proposed amendments to the Tennessee Constitution on the November 8 ballot are as follows:

In Tennessee, the proposed amendments appear as “yes” or “no” questions on the ballot. A yes vote is to amend the Constitution and adopt the new proposed language for the amendment, while a no vote is a vote to not adopt the amendment and keep the current language unchanged.

In order for an amendment to pass, Secretary Hargett says it must receive more “yes” votes than “no” votes, and the “yes” votes must be a majority of the total votes in a gubernatorial election.

Click here to see the exact language for the proposed Constitutional amendments or call 1-877-850-4959 for more information.

You can stay up to date with the latest information on the November 8 election by following the Secretary of State’s social media pages: Twitter: @SecTreHargett, Facebook: Tennessee Secretary of State and Instagram: @tnsecofstate.