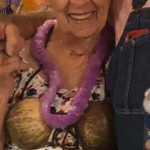 Anne was born May 30, 1937 in Oneida, New York. She was employed as a medical data entry clerk for many years and was of the Catholic faith. She was a member of the Somerville Moose Lodge and enjoyed her flowers, hummingbirds, arts, crafts, sitting on her swing and being in the outdoors. Anne was a cancer survivor and also an organ donor.

Mrs. Namishia is survived by two sons, Richard Namishia and Keith Namishia; and four grandchildren, Zack Bing, Blake Namishia, Jakeb Namishia and Ben Kitchen Namishia. In addition to her husband, she was preceded in death by her father, Jerome Moonen; her mother, Helen Moonen; her brother, Bill Moonen; her sister, Jean Moonen; and her granddaughter, Bailey Cruse.

A gathering of family and friends of Mrs. Namishia will be from 5 to 7 P.M. Thursday, October 6, 2022 at the Peebles Main Funeral Chapel in Somerville.