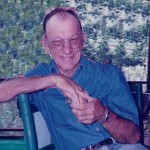 Paul Leon Davenport, Sr. passed away on September 26, 2022 at the age of 81 in his home in La Grange, Tennessee. Paul battled a long-time illness and showed his strength in his final days as he did for his entire life to the family and friends that knew him.

All who knew Paul understood the servant that he was to his fellow man and the community in which he lived his entire life. He worked hard his entire life to provide for his family and sacrificed his own wants over the needs of those around him. Paul will always be remembered as a Volunteer fan and always enjoyed watching his Saturday pastime. He showed his love for those around him by finding the best way to find a way to tease us all. Paul and his smile will be missed.

A private graveside service will be held at La Grange Cemetery.