Expect another cool morning across West Tennessee as the weather this weekend will be very similar to the weather we have been enjoying most of the week.  The sunny and mild weather continues this weekend for the entire Mid South. We will have a look at some potential 80s in the forecast, when we might expect the next cold front, plus the latest on Hurricane Ian coming up below.

Sunny skies with a cool start in the lower 40’s. Sunny, breezy, and mild in the afternoon with sunshine and high temperatures around 77. North breezes around 11 mph with gusts to aroung 17 mph at times. 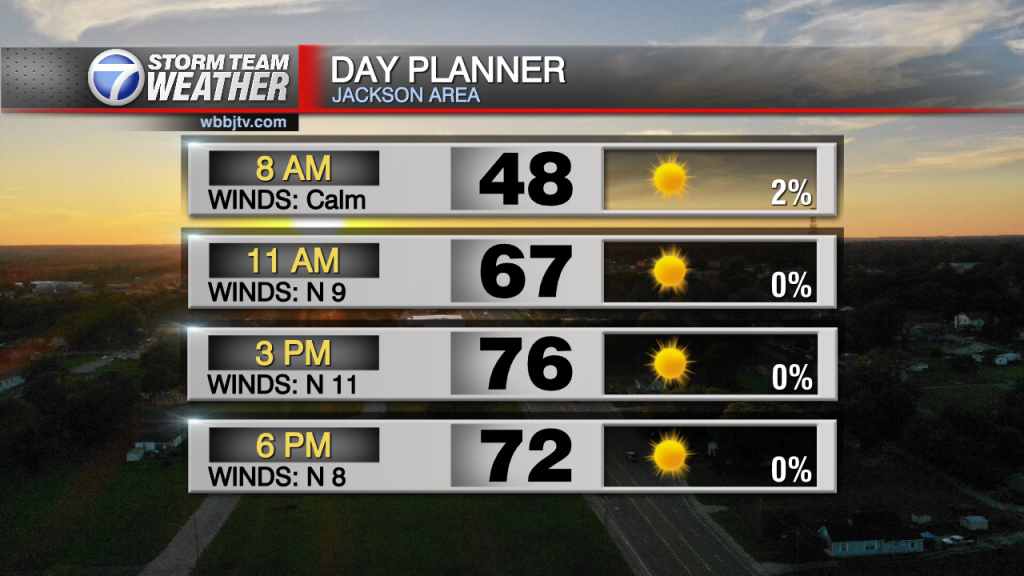 There is a chance for some cloud cover on the back side of Hurricane Ian, but we also might see sunny skies all weekend long. The storm could drift far enough to the west to bring some rain showers to Middle Tennessee but that is NOT the current consensus forecast from the storm. We will keep an eye on it as the week progresses, but as of now, impacts look to be minimal here in West Tennessee from Ian. Highs this weekend will make it up to around 80° and lows will fall down to the upper 40s or low 50s. The winds will continue to come out of the north this weekend and will remain breezy at times, but we should warm back up near or above normal.

Sunny and nice weather is expected to hang around West Tennessee for most of next week. We might see an increase in clouds towards the middle of the week and although a shower or two could return towards the back half of the week, chances appear to be quite low as of now. Highs next week should hang around 80° and lows will hang around the mid 50s. It will be warmer next week than it was this week but sunny skies and the north or west wind will be sticking around all week long as well. The next cold front looks to be on the way late in the work week and could make for a chilly weekend next weekend. Overall October is going to start out the same way September ended. We might need to start picking up some showers or drought concerns may try to return to some areas across the Mid South. We will end up well below normal on the month for average precipitation. 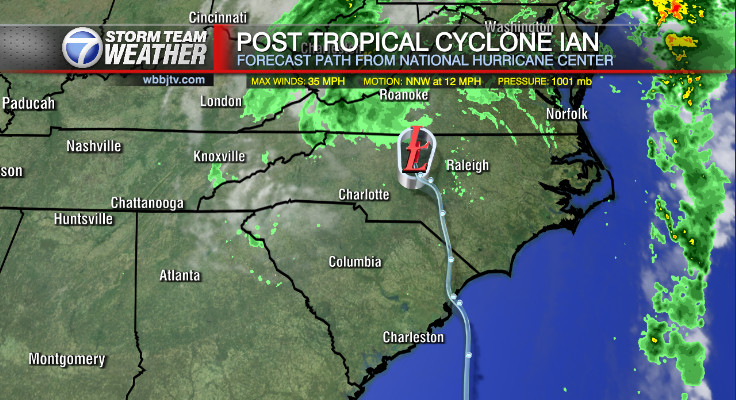 The storm will continue northward impacting the the Carolina’s before turning to the northwest over the weekend. The storm could bring a few clouds our way but rain showers are not expected as of now. We will continue to keep a very close eye on the storm for any potential impacts to our region, but as of now, that seems unlikely. The next update comes out from the National Hurricane Center will come out tonight at 10pm.

Wind gusts were reported over 80 MPH on Thursday in South Carolina from the storm around the Myrtle Beach area. 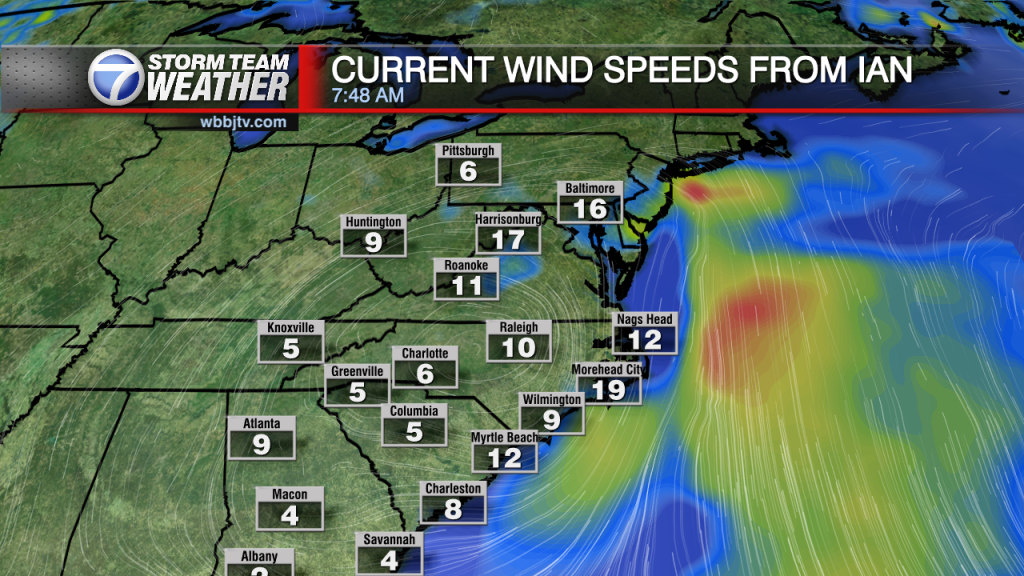 The storm also brought heavy rainfall to the Carolina’s with some reports close to 10″ near Charleston, South Carolina and Moreheard City, North Carolina.

Although we enjoyed a few fall like days during the middle of September, it looks like the last heat wave of the summer is over on September 22nd, just in time for the beginning of fall. Some of the coolest weather since last Spring will be hanging around this week. There will be more chances for severe weather but overall, September is typically low for severe weather development.  The tropics have been started out quiet but usually begin to heat up towards the beginning of fall and we are starting to monitor a few systems that could move into the Gulf of Mexico. So you need to stay weather aware to changing weather patterns and monitor the forecasts closely. We got you covered in the WBBJ 7 Storm Team Weather Center as always.