A beautiful day was in the forecast today with highs in the lower 80’s with plenty of sunshine, however it was pretty windy for most of us. Wind speeds remained in the teens for a large portion of the afternoon. As we head into the evening, we’ll drop into the 50’s and 40’s for lows. A few passing clouds may be seen but overall, mostly clear conditions are expected. 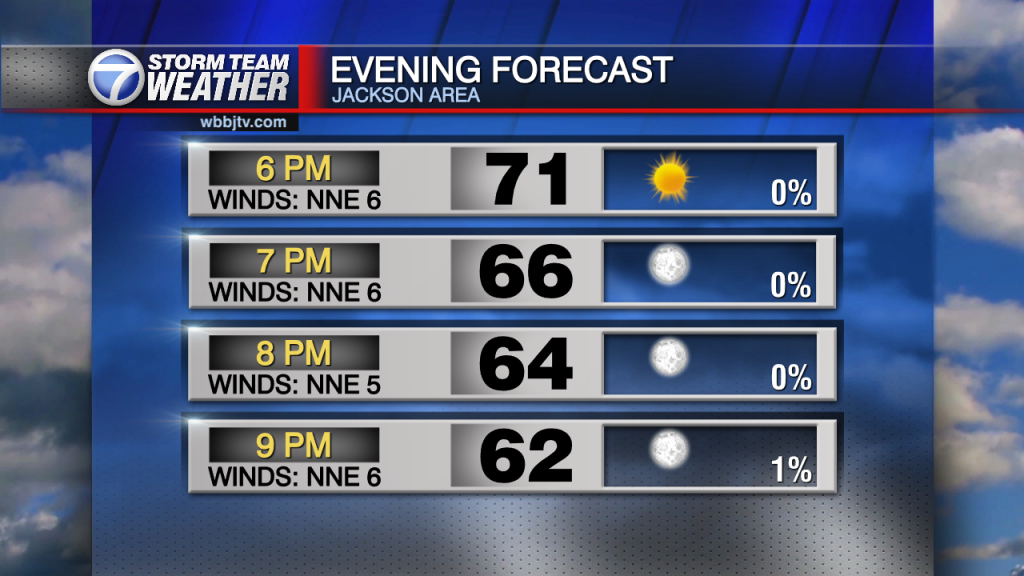 Slightly cooler on Monday with highs in the mid to upper 70’s and wind speeds only remain around 5-10 MPH. Sunshine is still persistent to begin the week. 40’s make a comeback for lows Monday evening with winds calming overnight. 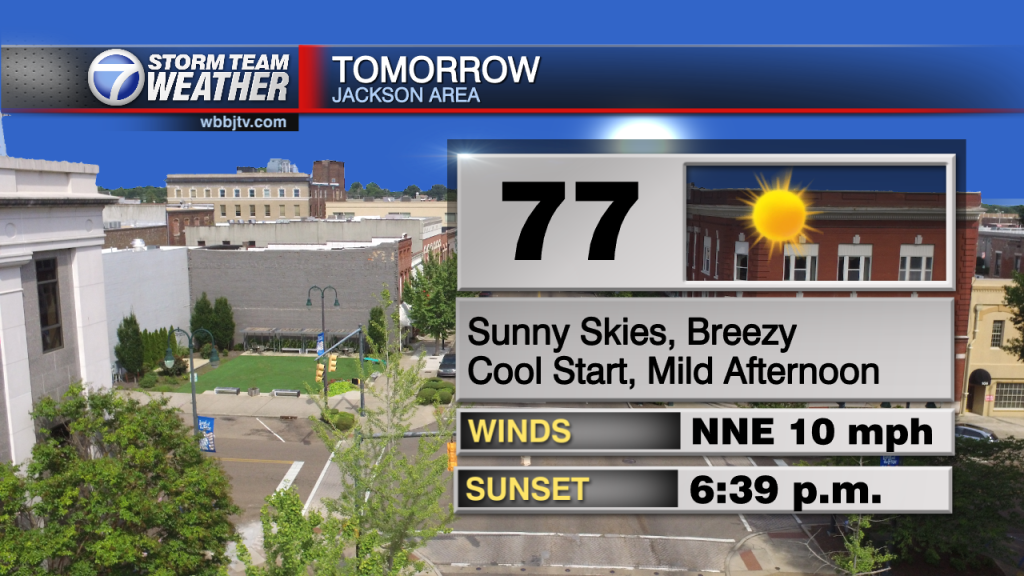 Tuesday afternoon remains sunny and in the upper 70’s, similar to Sunday and Monday. However, wind speeds are calmer around 5MPH. A few clouds may begin to seep into the area but still expect mostly sunny skies. Overnight, lows drop in the lower 50’s. By Wednesday, a high pressure could set up over the region bringing calm wind speeds and abundantly clear skies. Highs reach the lower 80’s. Wind speeds continue increasing Thursday, along with temperatures in the lower 80’s. Thursday should be the warmest day of the week but not far off from average. Wind speeds could reach teens at times with a mostly clear sky. A passing cold front on Thursday brings cooler conditions this coming weekend. 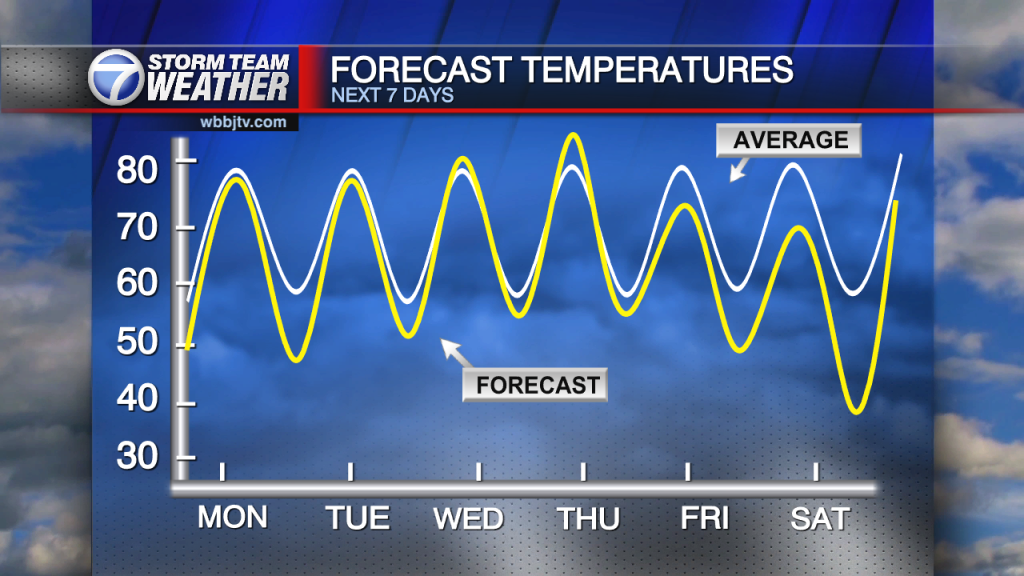 Upper 60’s to lower 70’s are possible for highs on Friday with wind speeds in the teens. Plenty of sunshine still remains Friday afternoon. Overnight, lows could drop into the 40’s with a few areas possibly reaching into the upper to mid 30’s. Because we’ll still have a decent breeze, the chance for frost is low, but it is almost time for those conditions to return. Our average frost date is October 17th, only putting us two weeks ahead if we do see it this week. On top of this, we aren’t expecting frost quite yet in the area. Saturday is very similar with highs in the lower 70’s and wind speeds in the upper single digits. No rain chances remain this week which could set back the process we’ve made from clearing up this summer’s drought. We’re keeping a close on on the conditions across the area before rain chances move back in.