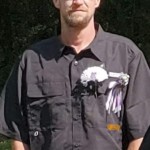 Bradley was born January 20, 1982 in Union City, Tennessee. He was employed at D’s Automotive and Transmission and loved spending time with his family, especially his children, friends and his dog, Roni. He enjoyed riding four-wheelers and motorcycles, working on vehicles and anything outdoors. Bradley was able to connect with children of all ages because of his personality.