JACKSON,Tenn.– Union University has created a campaign to further student achievement and growth. 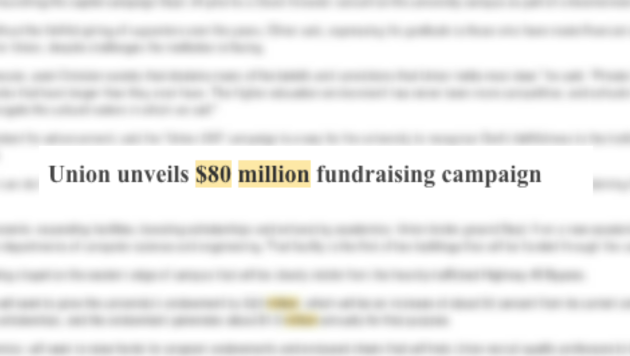 Union 200 is a campaign that was softly started a year ago.

The goal of the  campaign is to raise 80 million dollars for expanding facilities, boosting scholarships and enhancing academics.

So far 32 million has been raised, the campaign has a five-year projected timeline, the announcement comes as the university celebrates 200 years of education and faith.

“We look to the future we want our students to have the best facilities available, but we also want to be able to provide student scholarships so that people can attend the University,” says Catherine Kwasigroh, Vice President for Advancement, Union University.