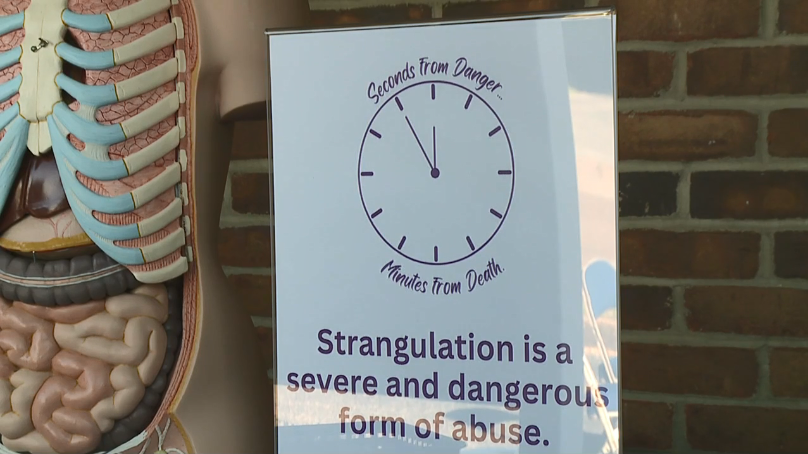 Prior to Tuesday evening’s “National Night Out” Block Party hosted by the Safe Hope Center and the Lambuth Area Neighborhood Association (LANA), WRAP featured representatives from the Jackson Police Department, among others to speak on the dangers of strangulation.

“It’s also very surprising to learn when we were looking at these things that it takes less force to close the jugular vein and the carotid artery as it does to pop the top off of a can of soda. So strangulation can occur, it doesn’t take a lot of force,” said Jenci Spradlin with WRAP.

As part of this campaign, WRAP has developed an informational brochure that provides information on the dangers of strangulation.