JACKSON, Tenn. — The controversy continues for a locally planned event. Representative Chris Todd, along with a group of local pastors, have confirmed they filed an injunction Tuesday. 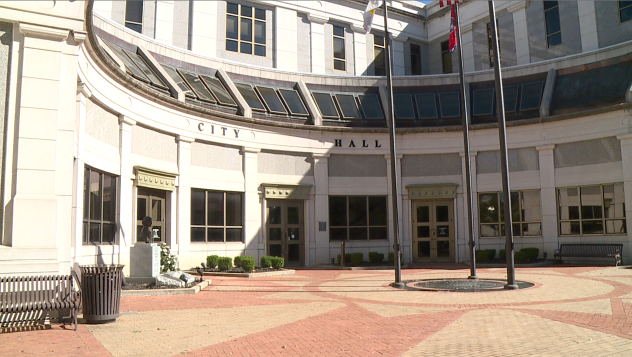 The injunction is against the City of Jackson regarding the drag show with the 3rd Annual Jackson Pride event.

“We don’t feel that it is an event that is appropriate for children, so if it were moved to a private venue, 18 and older, we would be much more comfortable with that,” said Victory Worship Center Pastor JP Stovall.

Previously, the Pride event was moved from Conger Park and now set to take place at the Carl Perkins Civic Center this weekend.

Darin Hollingsworth with the Jackson TN Pride Committee says according to their attorney, they are legally allowed to continue with the show.

“The city had assessed that everything was legal to even go ahead at the city park, so the idea of moving it to another city location should not have been an issue,” Hollingsworth said. “We have affirmation from our counsel that we are well within our legal rights.”

But Pastor Stovall says the show violates a Tennessee code.

“Speaks specifically to a cabaret-style entertainment, and for in that annotated code it is for persons 18 and over. We feel it is a violation of that law,” Stovall said.

But Hollingsworth says according to their council, their show does not fit that definition.

“In the code that has been referred to, is more of the nature of a business entity operating for a profit with a different type of entertainment than we seek to present,” Hollingsworth said.

The conversation has left the community divided, with groups supporting both sides of the legal battle.

“We have to thank them for being long term supporters of ours as well as all of the people, churches included, who will be vendors at our experience and who have said they support us building community,” Hollingsworth said.

“We feel that our position is more in line with moral majority of the people of West Tennessee,” Stovall said. “We want to make sure that the letter of the law is upheld and that it goes before a judge to review it.”

Currently, the Madison County Chancery Court has not ruled on the injunction, and the drag show is still set to continue this Saturday.

According to representatives with the Jackson TN Pride Committee, a potential settlement agreement between opposing parties is in the works as of Wednesday afternoon.