A frost advisory will be in effect from 1 am to 8 am Sunday morning. Patchy areas of frost are likely to develop so be sure and cover plants. 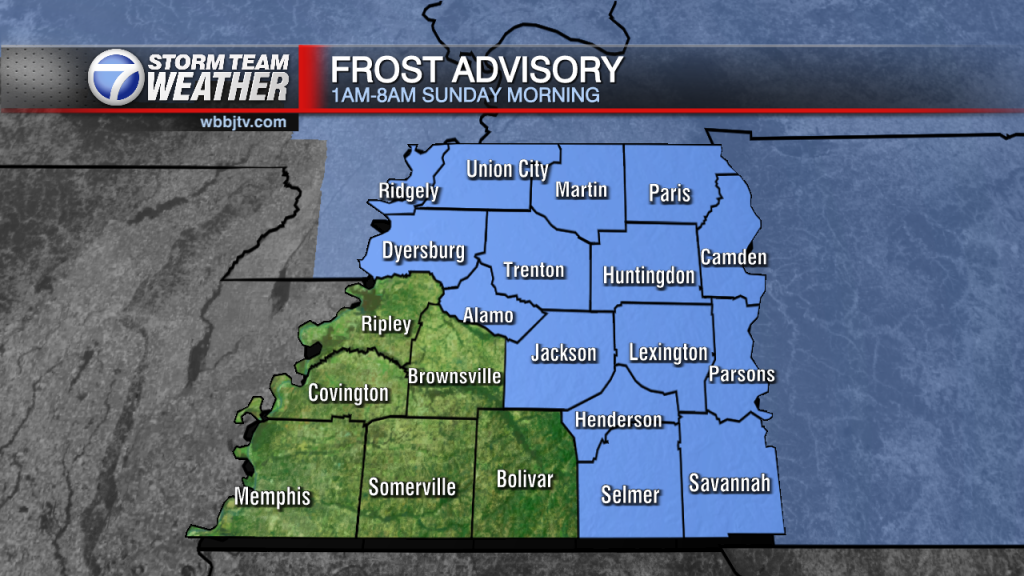 A cold front moved through yesterday evening and colder air will be settling in over the Midsouth today and tonight. Starting off in the low 40’s Saturday morning under clear skies. Saturday highs will only reach the mid to upper 60s. Tonight will bring the mid to upper 30’s under clear skies, patchy frost,  and light north breezes around 2 to 5 mph. There is also a decent shot for some rain showers and storms in the middle of next week and we will have all the latest details coming up  here.

If we don’t get some rain soon, drought concerns will continue to expand across the Mid South.

Drought conditions have returned after being completely wiped out during the end of the month of August. We had a couple long dry spells in September that led to only seeing about 40% of a normal month’s rainfall for the month. We ended up over 2″ below average for the month.

Jackson was about completely caught up on yearly rain heading into September but now we are about 3″ under again on the year. After some rough drought problems in July, things improved significantly but appear to returning as October is going to start out very dry as well.

The coolest weather this season so far looks to be moving in for the weekend. Highs on Saturday will only reach the mid to upper 60s and highs on Sunday will warm back up into the low 70s, staying below normal. 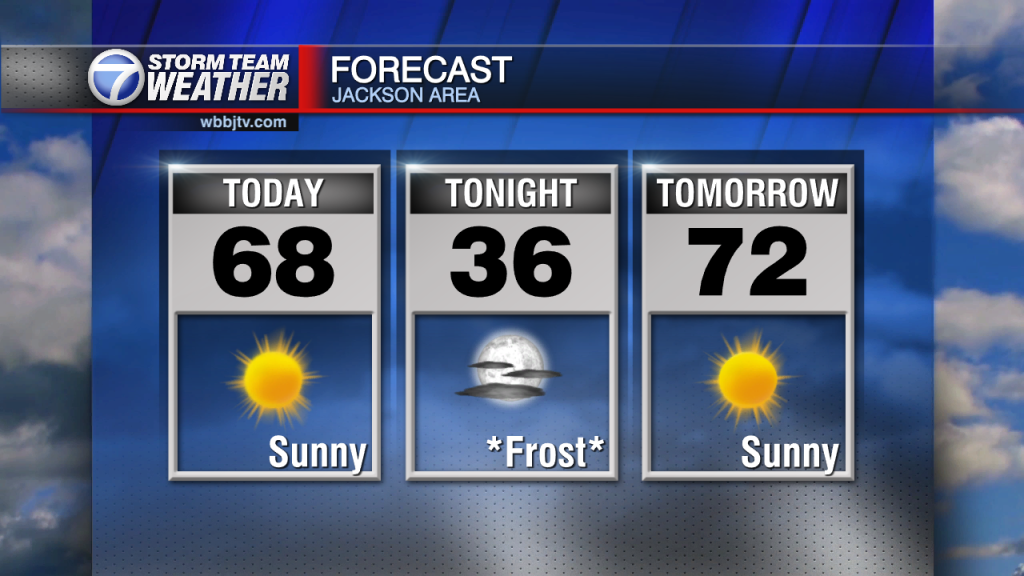 We will see plenty of sunshine this weekend and the winds will come out of the north or northwest all weekend long. Saturday night lows are likely to fall into the mid to upper 30s for most of West Tennessee but as of now, it looks like we will stay above freezing. There is some potential for frost in some areas north of Madison county. We could see a frost advisory issued for Saturday night into Sunday morning but it could go either was as of now.

Warmer weather will move back in for next week across West Tennessee. South and southwest winds will return on Monday and stick around until the end of the work week when the next front is expected to pass by. Monday highs will reach the upper 70s, and low to mid 80s will return for Tuesday and Wednesday. Morning lows will hang around the mid 50s for the start of the week and only drop down to around 60° during the middle of the week. The next front is expected to move through sometime on Thursday. As of now it looks like our best chance for rain in a couple weeks. There is also a chance for some storms to move in as the front passes and it could be our first shot for severe weather this fall across the Mid South. Clouds will increase in the middle of the week as well. We will be watching the forecast closely into next week.

It looks like the last heat wave of the summer was over on September 22nd, just in time for the beginning of fall. Some of the coolest weather since last April will be hanging around again this week. There will be more chances for severe weather as October is the start of our second severe weather season.  The tropics have been started out quiet but usually begin to heat up towards the beginning of fall and we are again monitoring a few systems that could move into the Gulf of Mexico in the middle of the month or October. So you need to stay weather aware to changing weather patterns and monitor the forecasts closely. We got you covered in the WBBJ 7 Storm Team Weather Center as always.