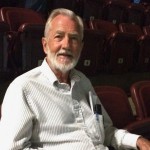 William Rodrick Sewell, Ph.D. passed away peacefully on the afternoon of October 5, 2022 with his wife, Pat: his sons, Shaun and Ronnie; and his son-in-law, Ric, by his side.

William, known affectionately as Bill, Willie, or Poppy, lived with Alzheimer’s disease for several years until the disease eventually took his life. Before–and even after–his diagnosis, he was filled with kindness and love for everyone around him and the joy he experienced through his many interests. He loved travel–especially to beaches, fishing, snow-skiing, playing the banjo and guitar, smoking cigars and pipes, riding and showing horses, and spending time with his family and innumerable dogs and cats–even two sheep and a bird (many of whom likely met him on the Rainbow Bridge).

During his life’s work beginning in the 1960s, Dr. Sewell helped countless numbers of people. He began his career as a professor of experimental psychology at Memphis State (now the University of Memphis). His very young son was especially fond of watching his dad training the cute little rats. After leaving the university, he worked all over the state of Tennessee. He completed multiple forensic evaluations, eventually adding a board certification in forensic psychology; he often served as an expert witness in our court systems. He worked in many outpatient and inpatient settings, including community mental health centers, prisons, and hospitals: Western Behavioral Health Institute in Bolivar, Tennessee and Saint Joseph Hospital in Memphis, to name just two. Additionally, he consulted with various organizations and continued to teach classes at multiple universities until the end of his career.

If you are able and feel led, you may make a donation in Bill’s honor to your local animal rescue organization or St. Jude Children’s Research Hospital, 501 St. Jude Place, Memphis, TN 38105-9959.