The survey – which was conducted online among 1,100 U.S women ages 18 and older – revealed that while 4 in 5 women (78%) recognize a lump in the breast as a sign of breast cancer, less than half of women would flag redness of the breast (44%), pitting/thickening of the skin (44%), or one breast feeling warmer or heavier than the other (34%) as possible symptoms of breast cancer; specifically, the rare and highly aggressive form of the disease known as inflammatory breast cancer. 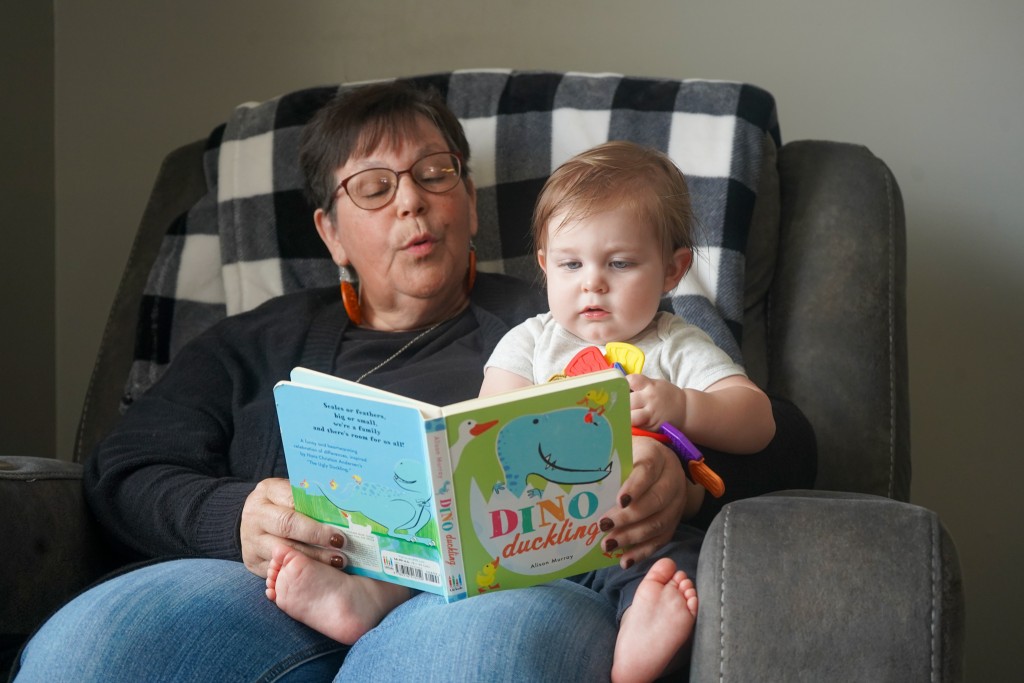 Lisa Overholser reads a book to her grandson, who was born after she was diagnosed with stage four inflammatory breast cancer, an aggressive type of cancer that presents with unusual symptoms on the skin that are often overlooked.
Courtesy of The Ohio State University Comprehensive Cancer Center

The disease can occur in any part of the breast and in any molecular sub-form of the disease. It is often misdiagnosed because it mimics symptoms similar to a breast infection. Those signs include:
• an orange peel-like texture or dimpling of skin;
• feeling of heaviness;
• tightening of the skin;
• engorgement of the breast; and
• infection-like redness.

“Women should know that radical changes to the breast are not normal, and breast self-exams are still very important. Some 50% of inflammatory breast cancers are diagnosed as stage 4 disease,” said Dr. Ko Un Park, a surgical oncologist who leads a new Inflammatory Breast Cancer Program at the OSUCCC – James’ Stefanie Spielman Comprehensive Breast Center. “It is important for women to recognize changes in both the appearance and feel of their breasts so that changes can be discussed quickly with a physician.”
She notes that even in the medical community, physicians and providers are not accustomed to thinking about a red breast as a sign associated with inflammatory breast cancer because it is such a rare disease.

“Although inflammatory breast cancer only represents 1% to 5% of all breast cancers in the United States, it is a sneaky disease and challenging to diagnose. It is critical that clinicians have a high level of familiarity with its subtle signs and be prepared to take immediate action to avoid belated diagnosis,” Dr. Park said.

“Our goal is to push these patients to the front of the line, rapidly mobilizing a treatment plan so that therapy can begin as soon as possible,” Dr. Park said. The team is working with primary care and obstetricians/gynecologists to bring more awareness of this disease and the nuances of diagnosing and treating it.

To learn more about breast cancer treatment at the OSUCCC – James, visit cancer.osu.edu/breastcancer.