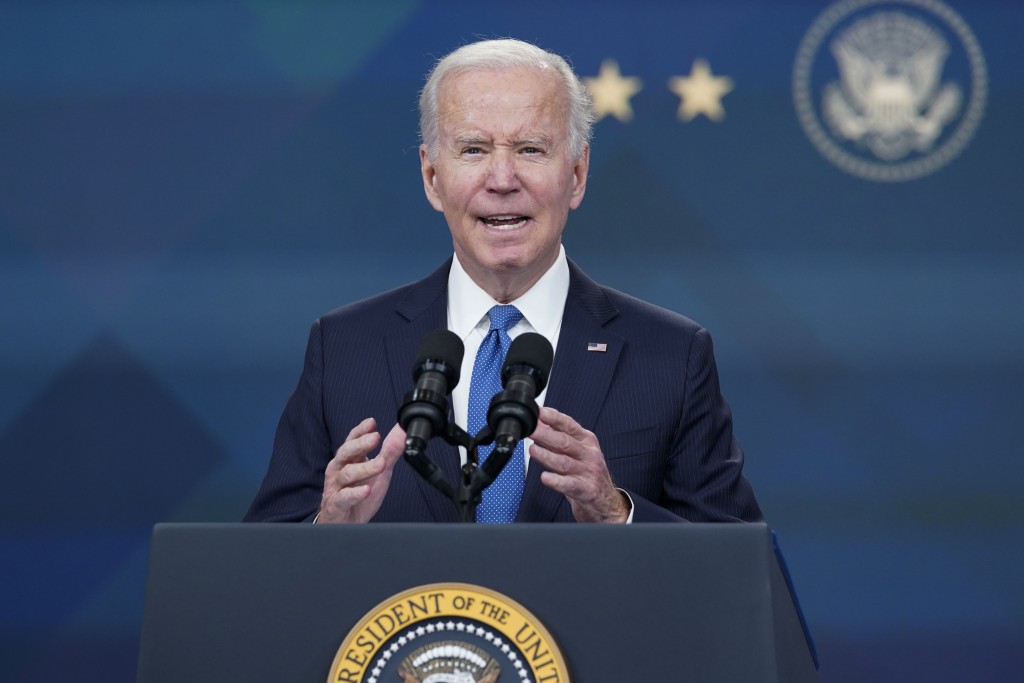 Borrowers were notified late Friday that an early, “beta launch” version of a new online form was made available as the department looks to find and fix any glitches. Applications submitted during the pilot period will be processed after the form is officially made public, the agency said.

“This testing period will allow the department to monitor site performance through real-world use, test the site ahead of the official application launch, refine processes, and uncover any possible bugs prior to official launch,” the department said in a statement.

The test form will be available “on and off” during the initial rollout, the department said on its website. The official form is expected to be made public later this month, and administration officials have been preparing for heavy web traffic.

Biden’s plan calls for $10,000 in federal student debt cancellation for those with incomes below $125,000 a year, or households that make less than $250,000 a year. Those who received federal Pell Grants to attend college are eligible for an additional $10,000.

The plan makes 20 million eligible to get their federal student debt erased entirely.

The department did not immediately say Monday how many applications it had fielded through the beta launch. Thousands took to social media to share the form, with many saying they submitted their applications with little trouble.

The Biden administration has touted it as a “simple, straightforward” application. It asks for the borrower’s name, Social Security number, contact information and date of birth. It does not require income information but asks users to check a box attesting that they are eligible under the program’s income limits.

That information will be checked against Education Department records to help identify applicants who are likely to exceed the income limits, the administration says. Those people will be asked for more information to prove their incomes.

An estimated 1 million to 5 million people will be required to provide that extra documentation, the Education Department said in a recent submission to the White House’s Office of Management and Budget.

Creating and processing the form is estimated to cost nearly $100 million, a figure that angered advocates who view the application as an unnecessary barrier. The form is meant to help exclude the roughly 5% of borrowers who exceed the income limits, but advocates say it could also deter some lower-income Americans who need the relief.

Once the Education Department begins processing applications, borrowers should expect to see their debt forgiven in four to six weeks, officials say. Most applications submitted by mid-November will be processed by Jan. 1 — the day federal student loan payments are set to resume after being paused during the pandemic.

Borrowers will be able to submit applications through the end of 2023.

The Biden administration is pushing ahead with the debt cancellation even as it fights a growing number of legal challenges. Six Republican-led states are suing to block the plan, saying it oversteps Biden’s authority and will lead to financial losses for student loan servicers, which are hired to manage federal student loans and earn revenue on the interest.

A federal judge in St. Louis is now weighing the states’ request for an injunction to halt the plan. In court documents, the Education Department has vowed not to finalize any of the debt cancellation before Oct. 23.

Biden promised to pursue widespread student debt forgiveness as a presidential candidate, but the issue went through more than a year of internal deliberation amid questions about its legality. His plan sparked intense debate ahead of the midterm elections, with Republicans and some Democrats saying it’s an unfair handout for college graduates.

'The Nutcracker' hits the stage at Civic Center Dec. 9-11