JACKSON, Tenn. — The City of Jackson has named David Vince as the September 2022 Hub City Hero. 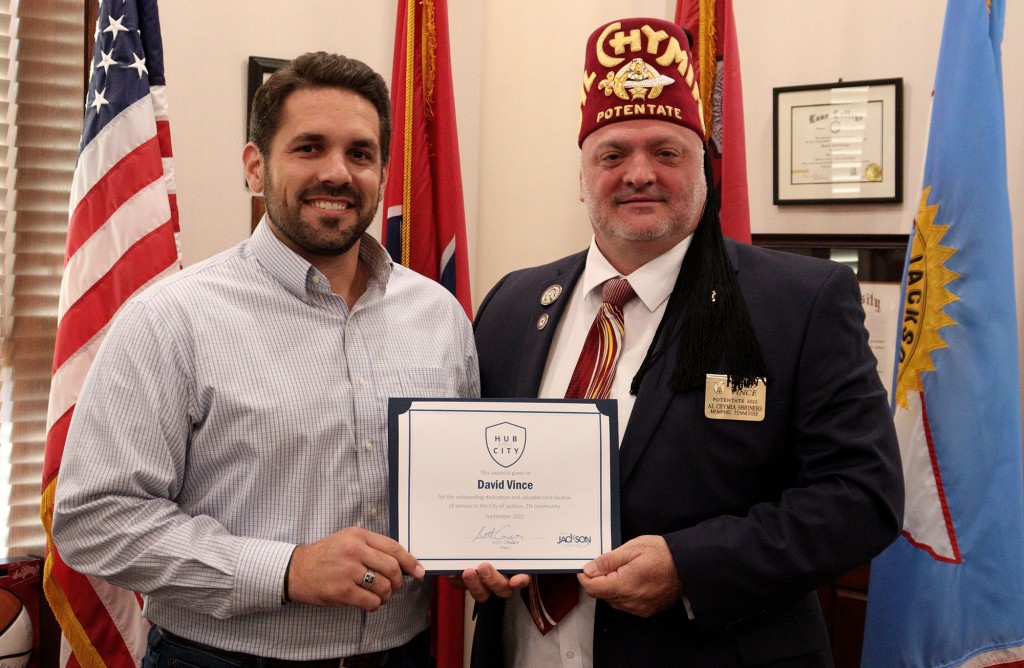 Potentate for Al Chymia, Vince has called Jackson home for the past 28 years.

A former member of Jackson Lodge #45 Masonic Lodge, he is currently “Hartley the Clown” with the Shriners of West Tennessee.

According to Vince’s nominator, he goes out of his way to raise money to help as many as he can, and his nominator states they have “watched [him] ensure so many children in Jackson-Madison County have a great Christmas.”

Due to his upbringing with six siblings, Vince says community is very important to him.

“I came up and I really didn’t have a lot and as I was looking back, I found the things that I did have and a lot of times it was people in the community who stepped up and provided those things,” said Vince. “At about [age] 35, I looked back and [thought], ‘how did that happen?”

Along with his fraternity brothers, Vince put together a Masonic Christmas for local children that is held every year.

“You can want to do things; you can like things on Facebook but that’s not going to get things done. It’s the actual action if you want the city to be better; the community to be better,” said Vince. “Talking about it, demonstrating about it – doing all that stuff really doesn’t help unless you take action and actually make it happen in your community.”

“There are talkers and there are doers and David has proven himself a doer by his commitment to those he serves,” said Mayor Scott Conger. “The smiles and joy he brings to the children in Jackson and Madison County makes him a Hub City Hero.”

Click here to learn more about the City of Jackson’s Hub City Heroes.