OXFORD, Miss. (AP) — A pickup truck struck two University of Mississippi students in a parking lot in downtown Oxford, killing one of them and injuring the other, police said. 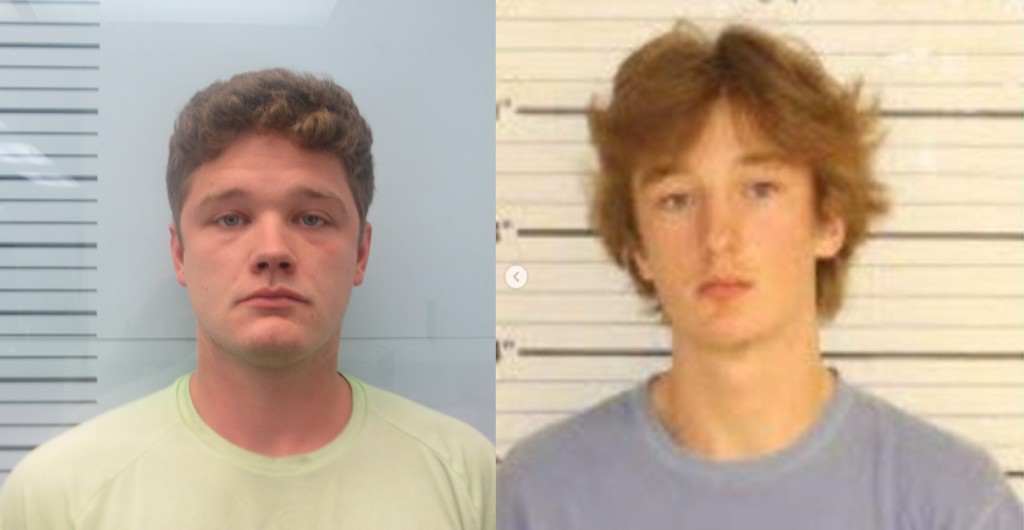 Photos of the suspects shared by the Oxford Police Department.

Two suspects, both from Collierville, Tennessee, were arrested by Monday in the crash, which occurred early Sunday, authorities said.

Tristan Holland was taken into custody Sunday in Shelby County, Tennessee, on accessory after the fact. He will face extradition to Oxford, according to the Oxford Police Department.

Seth Rokitka was taken into custody Monday after investigators found his wrecked truck in Marshall County, Mississippi, between Oxford and Collierville. The Oxford Police Department said it would provide more information after Rokitka is charged.

It was not immediately clear whether either Holland or Rokitka had an attorney who could comment on their behalf.

Oxford police said the department received an emergency call after 1 a.m. Sunday from passersby who saw two people injured in the parking lot behind City Hall. The lot is just off the town square, near several bars and restaurants.

Oxford was busy Saturday because of the home football game between Ole Miss and Auburn.

Mayor Robyn Tannehill said the student who died was 21-year-old Walker Fielder of Madison, Mississippi. Fielder was a 2020 graduate of Jackson Academy in Jackson, Mississippi.

The injured student was transferred to a hospital in Memphis, Tennessee. Oxford police told WRAL-TV that she is 20-year-old Blanche Williamson of Raleigh, North Carolina. Williamson graduated from Episcopal High School, a boarding school in Virginia.

“Oxford is a community that comforts those that need comforting,” Tannehill wrote Sunday on Facebook. “Perhaps that comes from practice and from times of trials that we wish we could pray away, but nevertheless, Oxford always steps up when things are hard and when people need us. These two families need us. They need our prayers.”

University of Mississippi Chancellor Glenn Boyce said in an email to faculty, staff and students that the two suspects are not affiliated with the university.

“It is a painful and distressing development for our campus community, and it is understandable that emotions are high with many unanswered questions about what happened,” Boyce wrote.