The Ned to present ‘Sweeney Todd’ until Halloween

JACKSON, Tenn. — The Ned is presenting a Tony-Award-winning and musical thriller just in time for Halloween. 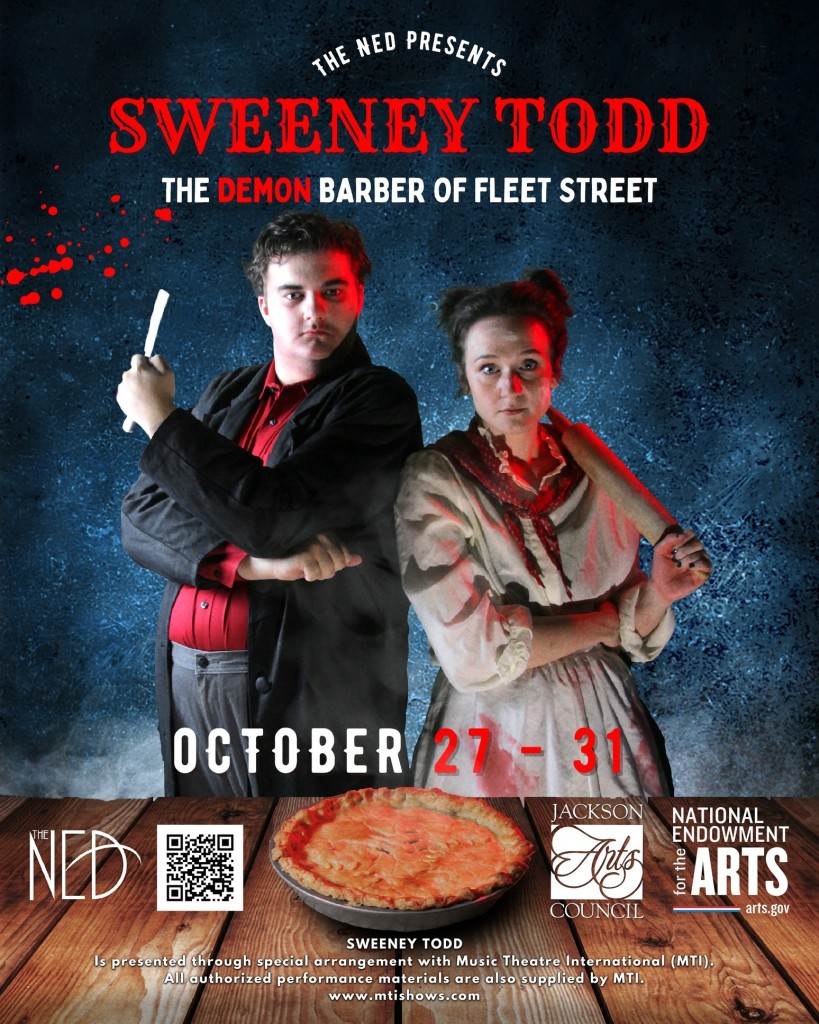 The center says it will be presenting Stephen Sondheim’s “Sweeney Todd: The Demon Barber of Fleet Street” starting Oct. 27 and ending Oct. 31.

The show is set in Victorian Age London. It follows Todd, who is set on revenge, and depraved pie shop owner, Ms. Lovett.

The Ned says the Sweeney Todd is being directed by Kristin Klonowski.

“We have some of the best vocal talent in Jackson that came together for this show! It is sure to be a crowd pleaser.” Director Kristin Klonowski describes. “Sweeney Todd has it all-the thrills, laughs, a few tears, and some of the best music Sondheim ever created. There’s something for everyone and will be a great addition to your Halloween festivities.”

“Sweeney Todd is no average musical. Revenge and corruption are on the menu, but packaged with laugh-out-loud surprises and emotional punches – all served with the greatest music written for the stage,” David McCall added. ”The local actors and musicians have brought out their very best to deliver an evening in the theatre Jackson won’t soon forget.”

The show is recommended for those 13 and older, and the audience is invited to wear their own costumes during the Halloween night performance.

Times and days for the show are:

Tickets for the Thursday through Saturday performances are available online.