MEMPHIS, Tenn. (AP) — A convicted felon who was released from prison after giving key trial testimony about the slaying of Tennessee nursing student Holly Bobo plans to change his plea to guilty on weapons charges filed shortly after he was granted his freedom, court documents show. 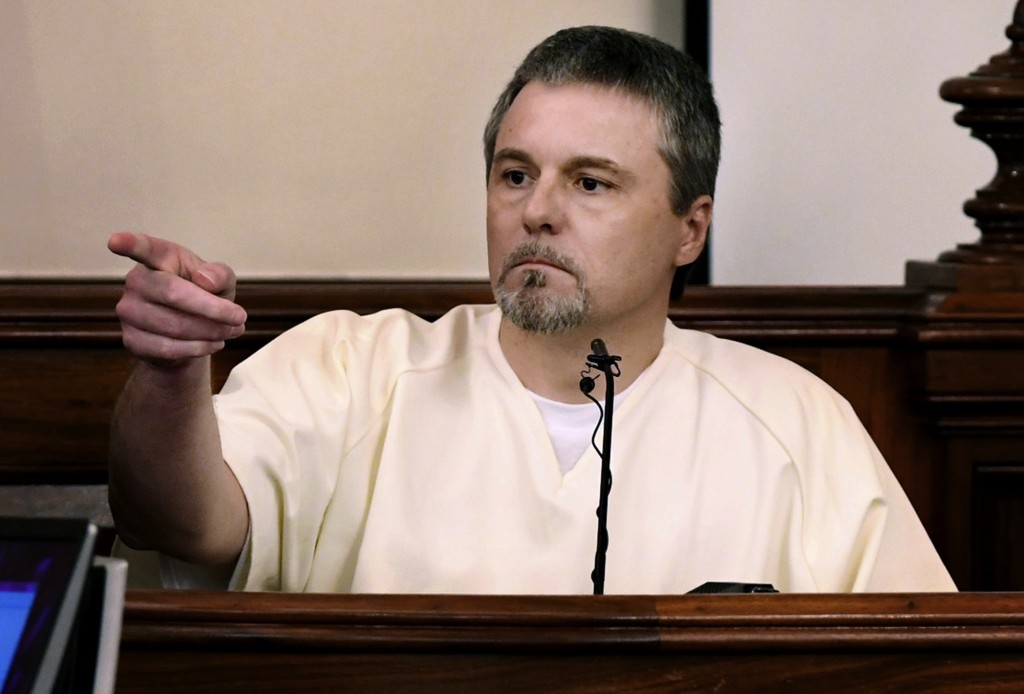 FILE – Jason Autry identifies Zachery Adams during his testimony on day four of Adams’ murder trial on Sept. 14, 2017, in Savannah, Tenn. Autry, a convicted felon who was released from prison after giving key trial testimony about the slaying of Tennessee nursing student Holly Bobo, plans to change his plea to guilty on weapons charges filed shortly after he was granted his freedom, according to an Oct. 3, 2022, court filing obtained by The Associated Press. (Kenneth Cummings/The Jackson Sun via AP, Pool, File)

A federal judge set a Nov. 22 hearing for Jason Autry, who was arrested in December 2020 after he tried to run away from a sheriff’s deputy in a rural field, where the deputy found a Marlin rifle.

Autry was then indicted on charges of possessing a weapon and ammunition as a felon with prior violent offenses. Autry had pleaded not guilty, but he has agreed to change his plea to guilty, according to an Oct. 4 court filing obtained by The Associated Press.

Autry had faced 15 years to life in prison under the charges in a third superseding indictment issued Sept. 29. It was not immediately clear Thursday what sentence he faces under the plea agreement.

Autry’s lawyer did not immediately return a call and an email seeking comment Thursday.

Autry has been convicted of 10 prior felonies in state and federal court. He was a star witness in the 2017 trial of Zachary Adams, who was found guilty of murder, especially aggravated kidnapping and aggravated rape of Bobo. Adams was sentenced to life in prison plus 50 years.

Bobo was 20 when she vanished from her family’s home in rural Parsons in April 2011, prompting a massive search of woods, fields and farms. Her remains were found more than three years later, in September 2014, in woods not far from her home, about 100 miles (160 kilometers) southwest of Nashville.

At the time, it was the most expensive and exhaustive case in the history of the Tennessee Bureau of Investigation, according to Mark Gwyn, who was the TBI’s director during the search for Bobo.

Autry received leniency and struck a deal with prosecutors in return for his calm, detailed and graphic testimony about Bobo’s kidnapping, rape and killing. Autry said he served as a lookout as Adams fatally shot Bobo under a bridge near a river.

“His testimony was some of the most credible, persuasive testimony I’ve ever heard given in a courtroom,” the judge said at Autry’s sentencing in September 2020.

Autry was credited with time served and released from prison hours after sentencing. He had been free for about two months until his encounter with a sheriff’s deputy in Benton County, about 85 miles (136 kilometers) west of Nashville.

The deputy saw Autry lying in a field and searched him for weapons, finding none, according to an affidavit filed in federal court by Ashley Robertson, a task force officer with the Bureau of Alcohol, Tobacco, Firearms and Explosives.

The deputy returned to his car and followed Autry, finding him walking down a driveway of a home in Holladay, the affidavit said. Autry ran toward the home, but stopped when ordered by Bostwick, who asked him about the rifle.

“Autry said he had been attempting to shoot a deer with the gun and that he had lied down in the field when he observed Deputy Bostwick’s patrol car,” the affidavit said.

Autry’s change of plea hearing is set to take place in Jackson, about 85 miles (136 kilometers) east of Memphis.