JACKSON, Tenn. — Officials have confirmed Shadrack’s Christmas Wonderland will not return to the Jackson Baseball Stadium this year. 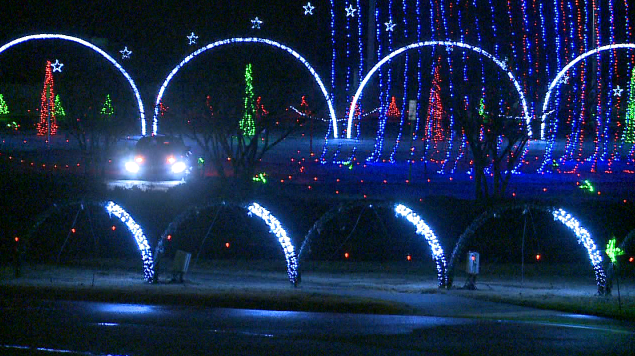 A news released provided by the Jackson Rockabillys, who currently operate the stadium, states that Shadrack Productions opted to relocate their show after much deliberation regarding a delay in their usual set-up schedule.

The release says the Christmas light show typically begins set up in October. However, due to the Rockabillys booking Jackson Brew Fest on October 22, followed by a sold-out stadium for the upcoming University of Tennessee vs. University of Memphis game on November 6, set-up could not begin until November 7.

According to the release, despite efforts from the Rockabillys to offer extra help with the assembly, including additional staffing and use of equipment, Shadrack decided to relocate their show to Tampa, Florida.

Jackson Rockabillys President Dennis Bastien released a statement, saying in part that they have no intentions of causing ill will towards Shadrack, but their parking lots will be in full use during the planned time for the show’s assembly.

“We feel we did everything possible to assist Shadrack in a full-court press to meet their schedule, from daily staffing and equipment usage to still being able to deliver the traditional presentation schedule. We certainly have no intentions of causing any ill will, but our parking lots will be in full use for the event this Saturday, and overflow parking for the UT/Memphis game on November 6. The game on the 6th might be the largest attended sporting event in Jackson in a long time, possibly forever. It brings two major universities together to Jackson for the first time. When we had the opportunity to bring this game to Jackson, we immediately informed Shadrack, and that is when we aimed at a November 7th push to help them get everything done. They opted to remove it for this year. We realize there will be those who are disappointed in this update. We hope that it can return in the future.”

The release states the Rockabillys continue to book additional events to the stadium as was promised to city officials.