Cloudy skies at times and gusty winds will be the main feature for the weekend ahead. Highs could reach 80° for some areas across West Tennessee Sunday and Monday, but that heat and increase in moisture will set the stage for some storms on Tuesday. We will have the latest weekend hour by hour forecast breakdown and more on next week’s storm chances coming up below.

After seeing the coldest weather in 6 months to start to the week, the weekend weather looks to be terrific. Highs will reach the upper 70s to near 80° for both Saturday and Sunday. Overnight lows this weekend will stay up and only dip down to mid and potentially upper 50s. 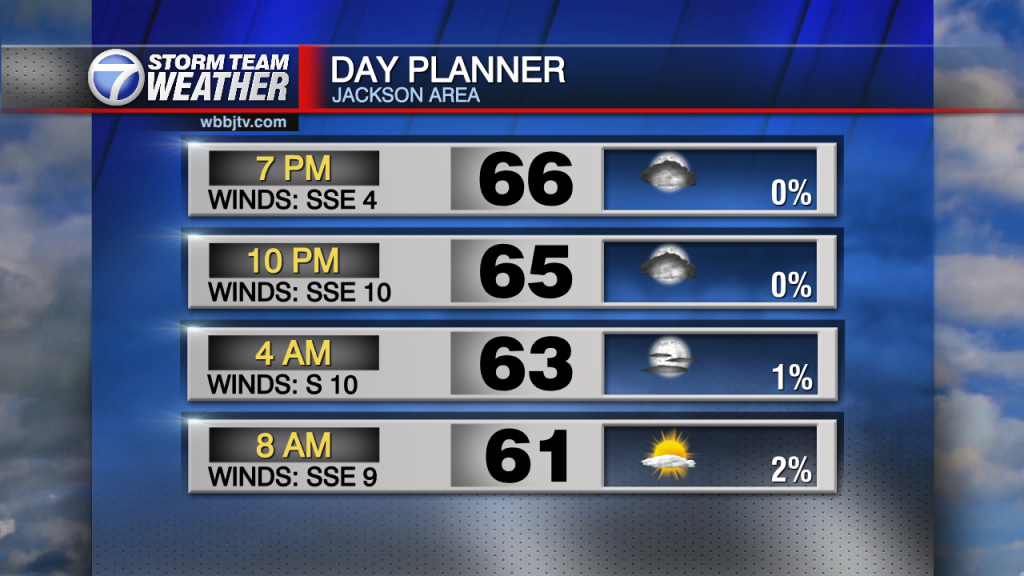 Saturday evening will feature breezy winds from the south at 10 to 20 mph along with partly cloudy skies and lows down to 58 in the morning. Sunday looks warmer but windy at times with south winds up to 30 mph possible under mostly sunny skies.

Gusty winds will be on tap, especially Sunday as winds may gust to around 30 mph. The winds will come out of the south or southwest all weekend long. Expect mostly sunny to partly cloudy skies, but the showers will continue to stay away until early next week. 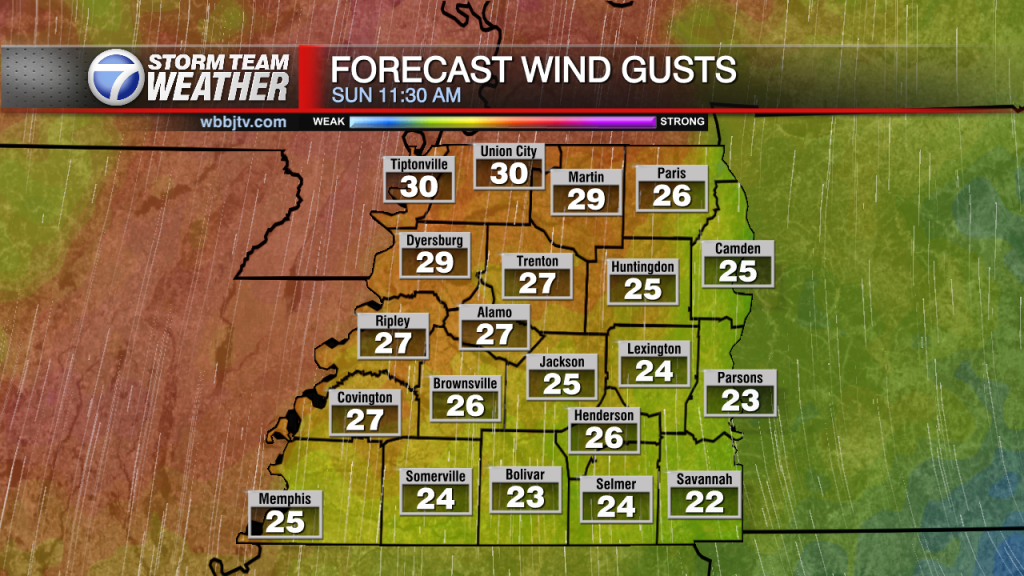 There will be chances for rain maybe late Monday into next Tuesday. Depending on the amount of clouds we see on Saturday, we might only reach the mid 70s.

Rain showers and thunderstorms are expected to return early next week. The timing and strength of the system is still being determined and our severe weather threat will depend on the timing of the system as it moves through the Mid South. 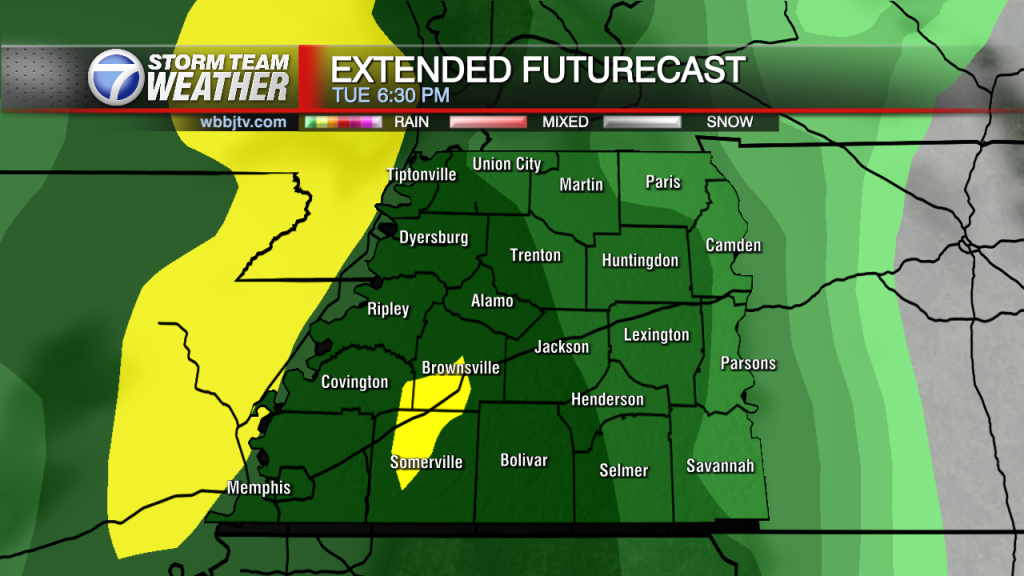 Cooler weather will move in behind the front in the middle of the week. Highs will reach the upper 70s to near 80° on Monday before some clouds and late night showers move in. The greatest chance for rain and storms as of now appears to be Tuesday, but there are some scenarios where the rain sticks around into the day on Wednesday as well. Mostly cloudy skies and rain chances appear to be pretty high early in the day on Tuesday. Tuesday highs will only make it into the low to mid 70s under the showers and cloud cover. Rainfall totals could total around and inch or more by early Wednesday morning. 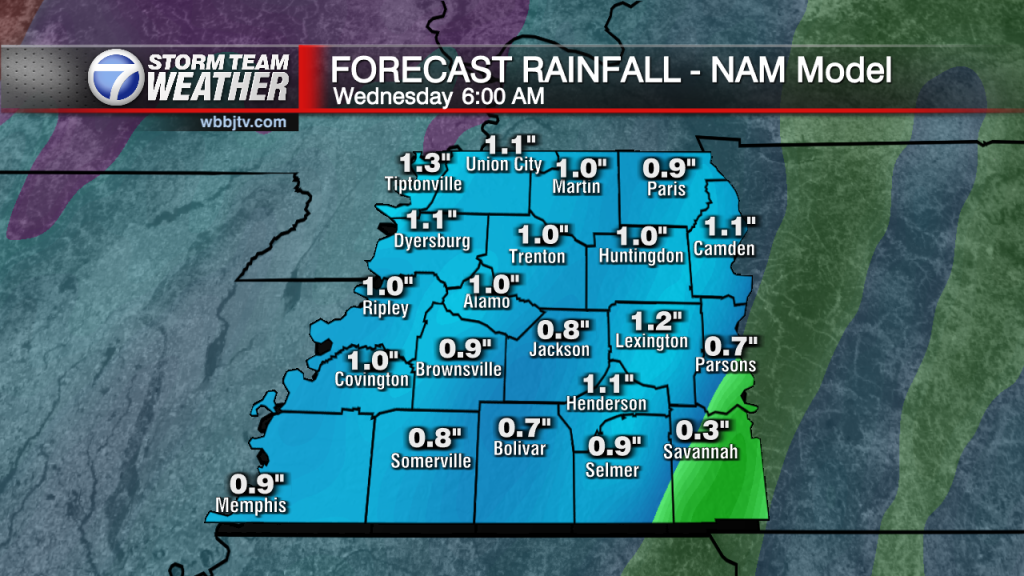 Wednesday highs will also stay in the mid 60s. The winds will come out of the south early in the week before transitioning back to the northwest by Wednesday. Monday night lows will fall in the mid 50s and Tuesday night lows will be back down to around 50°. Mild and quiet weather appears to be on the way again for next Thursday and Friday.

All of West Tennessee saw our first frost and freeze earlier in October and more cold spells will be on the way this fall. There currently doesn’t appear to be any snow chances in the upcoming forecast. On top of the colder weather, we often see storms develop in October and we could see more storms early next week. There will also be more chances for severe weather as October is the start of our second severe weather season.  The tropics have been started out quiet besides Hurricane Ian, they look to remain quiet for the next week or two. You need to stay weather aware to changing weather patterns and monitor the forecasts closely. We got you covered in the WBBJ 7 Storm Team Weather Center as always.

Warm and Rainy Forecast All Next Week

Below Freezing Tonight, Rainy ALL Next Week!