NASHVILLE, Tenn. (AP) — Tennessee Rep. Barbara Cooper, who served in the General Assembly for more than 25 years, has died. She was 93. 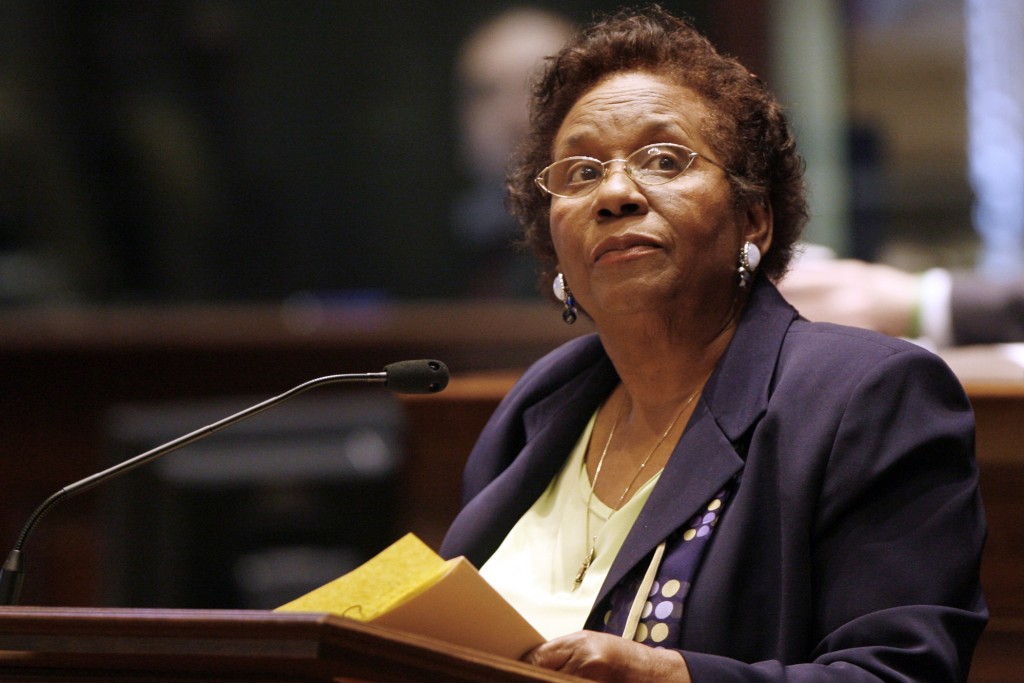 State Rep. Barbara Cooper, D-Memphis, watches the vote board as her bill to limit license restoration fees passes during House session on April 12, 2006 in Nashville, Tenn. Cooper, who served in the General Assembly for more than 25 years, has died, House Minority Leader Karen Camper confirmed Wednesday, Oct. 26, 2022. She was 93. (AP Photo/John Russell, File)

“I am deeply saddened by the passing of my longtime colleague and dear friend, Barbara Cooper” Camper, also from Memphis, said in a statement. “She was a warrior for her community and the city of Memphis, a tireless advocate on education and equality issues and just a delightful person.”

Cooper was first elected to the House of Representatives in 1996. She was honored earlier this year as the oldest serving lawmaker in Tennessee recorded history and among the oldest lawmakers across the United States.

In a new release, House Democratic leaders described Cooper as an “unwavering voice for the community of Memphis and advancing the rights of Black Tennesseans.” During her legislative tenure, she formed the Harriet Tubman Legacy Awards to honor Memphians who were committed to uplifting the community.

“Barbara Cooper was feisty and powerful. She spoke her mind and didn’t suffer fools gladly,” Shelby County Mayor Lee Harris tweeted Wednesday. “She was a teacher to everyone she met. Every setting was her classroom. There will never be anyone like Barbara Cooper.”

Cooper was running for reelection. Under Tennessee law, her name will remain on the ballot. Should she win, a special election will be held to fill the vacant seat. She was running against independent candidate Michael Porter.

Details on funeral arrangements were not immediately available Wednesday.