Ex-officer convicted in fatal shooting out of Nashville jail

NASHVILLE, Tenn. (AP) — A white former Nashville police officer who pleaded guilty to fatally shooting a Black man from behind as the man was fleeing on foot has been released from jail, his attorney confirmed Thursday. 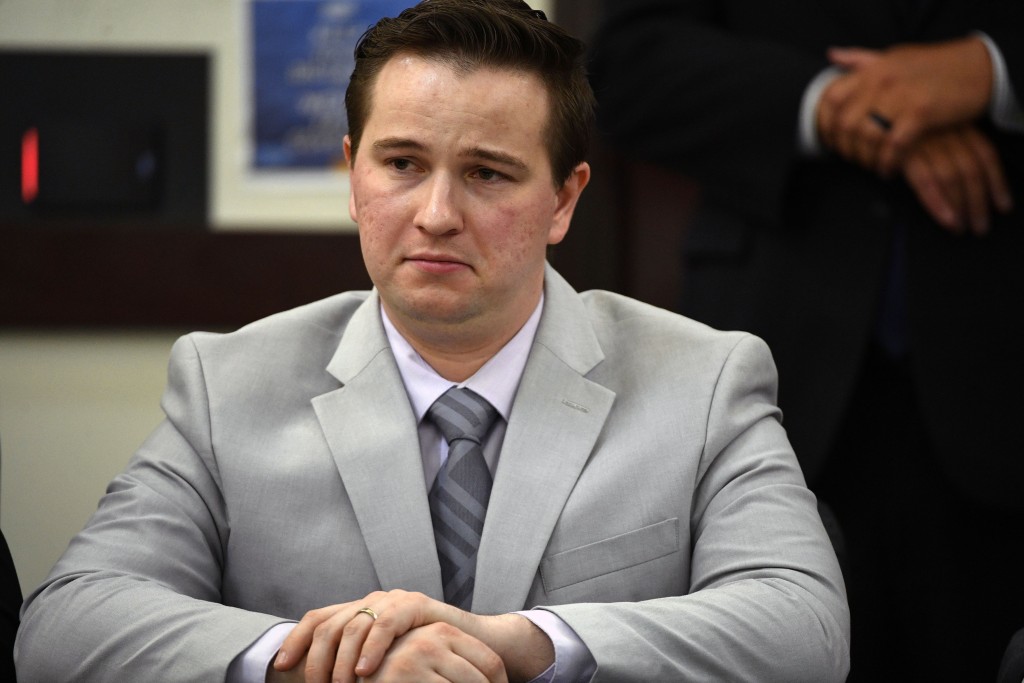 FILE – Andrew Delke listens to victim impact statements from the family of Daniel Hambrick, a Black man, as he pleads guilty to manslaughter on July 2, 2021, in Nashville, Tenn. Delke, a white former Nashville police officer who pleaded guilty to fatally shooting Hambrick from behind who was fleeing on foot, has been released from jail, his attorney confirmed Thursday, Oct. 27, 2022. (Josie Norris/The Tennessean via AP, Pool, File)

Andrew Delke had been serving time at a jail facility run by the Davidson County Sheriff’s Office. He spent 18 months at the jail, Delke’s attorney David Raybin said.

Last July, Delke pleaded guilty to manslaughter in the 2018 death of 25-year-old Daniel Hambrick as part of an agreement with prosecutors and received a three-year sentence. The deal allowed him to be released earlier with standard jail credits, but he couldn’t pursue parole or appeal the case.

“Mr. Delke appreciates the strong support he received from the Fraternal Order of Police and many citizens,” Raybin said in a statement.

Hambrick’s mother, Vickie Hambrick, spoke at the parole meeting in Nashville earlier this year and continued to allege that the process leading to Delke’s plea deal had been unfair, secretive and racist. The Hambrick family has said they did not know about the plea deal until after it was done. At the time the deal was announced, Delke was about to face trial for a first-degree murder charge.

At the 2021 plea hearing, Vickie Hambrick sobbed, screamed, cursed and knocked over a courtroom lectern in an scene that briefly delayed the hearing before the judge accepted the plea agreement.

An attorney for Hambrick’s family did not immediately return a request for comment Thursday.

Nashville’s Metro Council has approved a $2.25 million settlement to resolve a lawsuit by Hambrick’s family.

Delke’s attorneys have argued the officer followed his training and Tennessee law in response to “an armed suspect who ignored repeated orders to drop his gun.” Nashville District Attorney Glenn Funk has countered that Delke had other alternatives, adding that the officer could have stopped, sought cover and called for help.

The shooting caused enough backlash that Nashville voters have since installed a community oversight board for the city’s police department.