PORTLAND, Maine (AP) — The federal government has outlined a strategy to try to protect an endangered species of whale while also developing offshore wind power off the East Coast.
President Joe Biden’s administration has made a priority of encouraging offshore wind along the Atlantic coast as the U.S. pursues greater energy independence. Those waters are also home to the declining North Atlantic right whale, which numbers about 340 in the world. 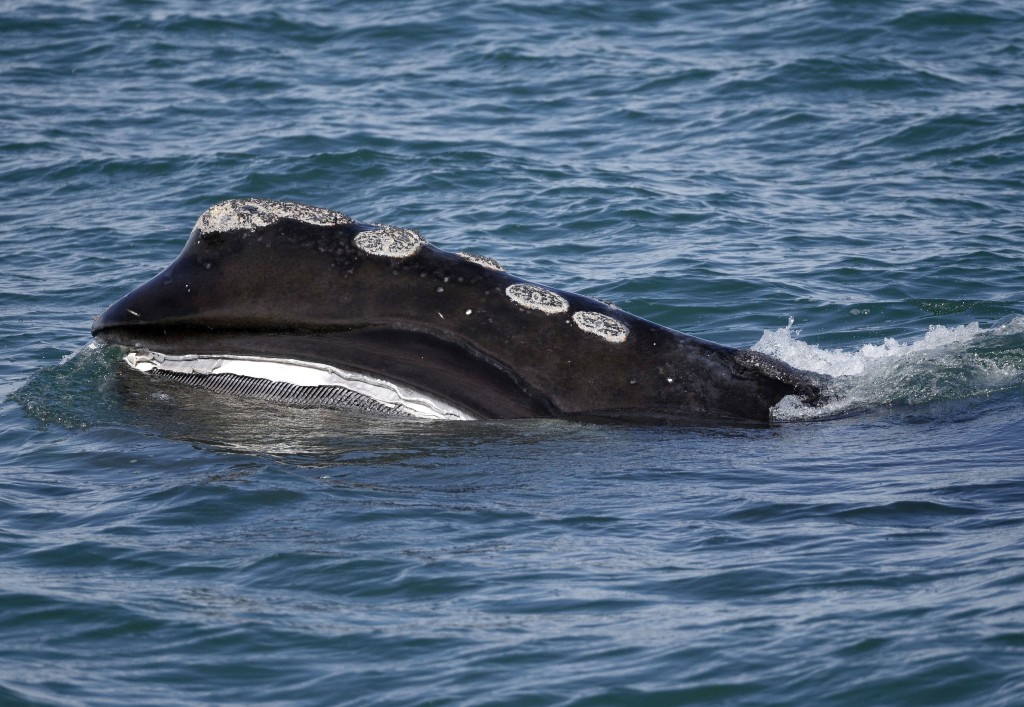 The National Oceanic and Atmospheric Administration and the Bureau of Ocean Energy Management released a draft plan this month to conserve the whales while allowing for the building of wind projects. The agencies said the ongoing efforts to save the whales and create more renewable energy can coexist.

“As we face the ongoing challenges of climate change, this strategy provides a strong foundation to help us advance renewable energy while also working to protect and recover North Atlantic right whales, and the ecosystem they depend on,” said Janet Coit, assistant administrator for NOAA Fisheries

The development of offshore wind is going on along the migratory routes of the whales, which travel from Georgia and Florida to New England and Canada every year. That potentially leaves the whales vulnerable to disturbance or injury. The agencies said they plan to provide offshore wind developers with guidance about mitigation measures to help navigate the regulatory process as part of the whale strategy.

The strategy focuses on “improving the science and integrating past, present and future efforts related to North Atlantic right whales and offshore wind development,” said Jon Hare, the director of NOAA’s Northeast Fisheries Science Center and a lead author on the document. It also identifies mitigation measures related to project planning, leasing and siting, he said.

The right whales have been declining in recent years and face threats such as collisions with ships and entanglement in fishing gear. Environmentalist groups, including the Natural Resources Defense Council, have called for more protections for the whales.

The protection strategy is promising, but it needs funding for implementation and requirements for measures that minimize harm to the whales, said Alison Chase, a senior policy analyst with the council. Those include speed and noise reductions, Chase said.

“We need offshore wind, and we need to do it right,” Chase said. “But as we fight climate change, we must avoid, minimize, and mitigate threats to ocean life in whatever ways we can.”
The government will take public comment on the draft strategy until Dec. 4.