Scientists reported Thursday that last year’s barrages sent seismic surface waves rippling thousands of miles across Mars, the first ever detected near the surface of another planet. 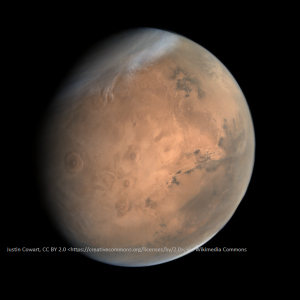 The impacts carved out craters nearly 500 feet across. The larger of the two churned out boulder-size slabs of ice.

The Insight lander measured the seismic shocks, while the Mars Reconnaissance Orbiter provided stunning pictures of the resulting craters.

The impact observations come as InSight nears the end of its mission because of dwindling power.