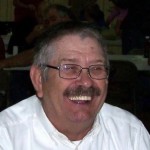 James Ralph “Buddy” Moncier, age 73, passed away peacefully on Tuesday, November 1, 2022, at his home in Gadsden, TN.  Funeral Services will be conducted on Friday, November 4, 2022, at 1:00 P.M. at the Maury City Church of God, with Bro. Rowdy Davis and Pastor Walter Manley officiating.  Burial to follow in the Hartsfield Cemetery in Brazil, TN.  A visitation will be held on Friday, November 4, 2022, at the Maury City Church of God from 11:00 A.M. until the service hour at 1:00 P.M.

Mr. Buddy was born in Gadsden, Tn on October 29, 1949, to the late Roscoe Moncier and Francis Skelton Moncier. He was a faithful member of the Maury City Church of God.  He proudly served in the United States Marine Corp as a Sergeant during the Vietnam War and worked in construction his whole life.  He was also preceded in death by his wife of over 28 years:  Jackie Moncier.