“Holiday Open House, Open House is the Kickoff to the Holiday Season here. It’s a weekend we have all the shopping that you can have we get all of our Christmas stuff and we’ve just invite everyone to come out and enjoy nine for that one location”, Marcy Simpson says.

Customers were able to come and interact with the different shops in the center and purchase food, clothes, pottery and more. 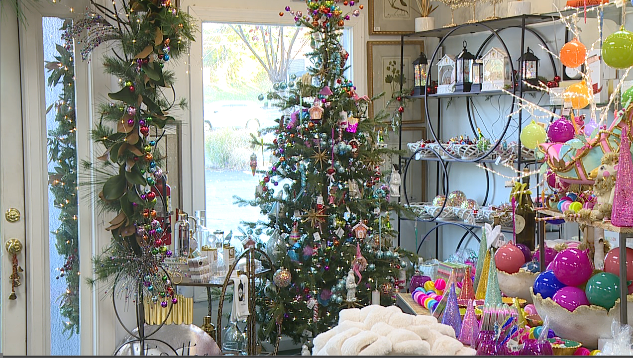 Hannah Scallion shares, “We had a great turnout and we really liked when we see familiar faces throughout the year come in, and we have a bunch of sales and it’s really fun. We have snacks and drinks for everybody. And so it’s also shopping but it’s also a really good community event.”

Kids were also able to visit with a special guest, earlier on Saturday, who traveled a long way to make their day. 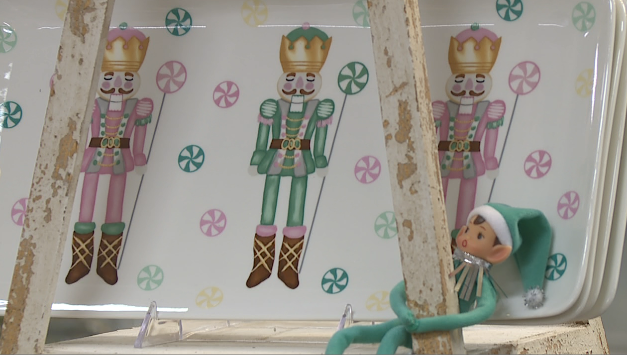 “So today Santa was here. Live and we had a fabulous display. The rain and wind made us go to a plan b on Dumplins’ patio. However, you can see the pictures it was just tremendous. And next year we are already planning to make that bigger and better”, Cindy Whitsitt tells.

Not only was Santa a big hit, but so was his helpers.

“I did see a little girl yesterday and it was really funny. She was going around with the little elves and she was like putting them like the elf on the shelf and it was really cute. So that was the only interaction I had though. It was sweet”, Scallion recalls.

The Holiday Open House ended on Saturday evening, but plans for the following year are already in planning.