JACKSON, Tenn. — The Jackson Baseball Stadium hosted two guest baseball teams to hit it out of the ballpark. 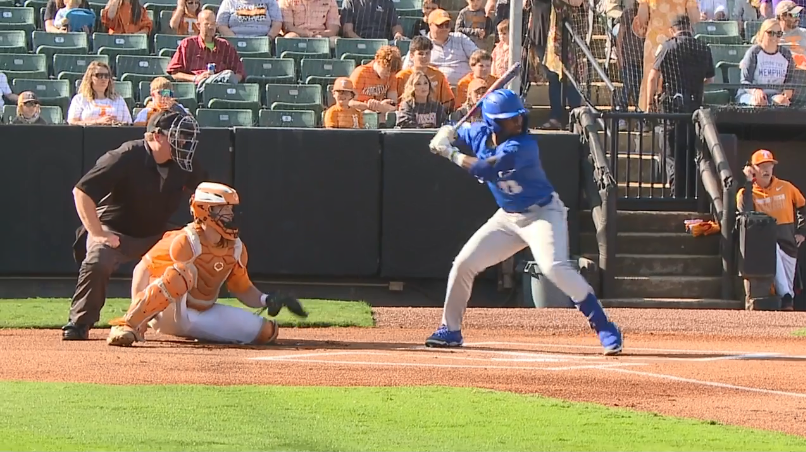 “I’m pretty pumped,” said fan Zach Polk. “I know a lot of people are since the lines are split into threes, so everybody is looking forward to coming out here. I’ve been playing baseball my whole life, and I enjoy the game. It’s always fun to see some place like this bring a lot of people here. It’ll be a good game today.”

On Sunday, the Jackson Rockabillys, along with presenting partner Yukon Outfitters, hosted the game. For the first time in Jackson history, the University of Tennessee Volunteers baseball team played the University of Memphis Tigers in their last official game of the 2022 fall season.

Both teams have had success this season, so it was predicted to be a good game.

“I’m more of a UT fan, but both UT and Memphis has had a good season this year,” Polk said. “I think more people are probably UT fans here. I see more seas of orange than I see blue, so I think it’s going to be more of a UT day.”

“I’ve definitely played baseball all of my life,” Polk said. “I grew up watching the Braves and the Cardinals with my family. I’ve been coming to the baseball stadium ever since they had the minor league team here, so I’m happy to see something back here at the baseball stadium.”

The Vols outscored the Memphis Tigers 22-4.

'The Nutcracker' hits the stage at Civic Center Dec. 9-11