EXPLAINER: Where does the student loan debt plan stand? 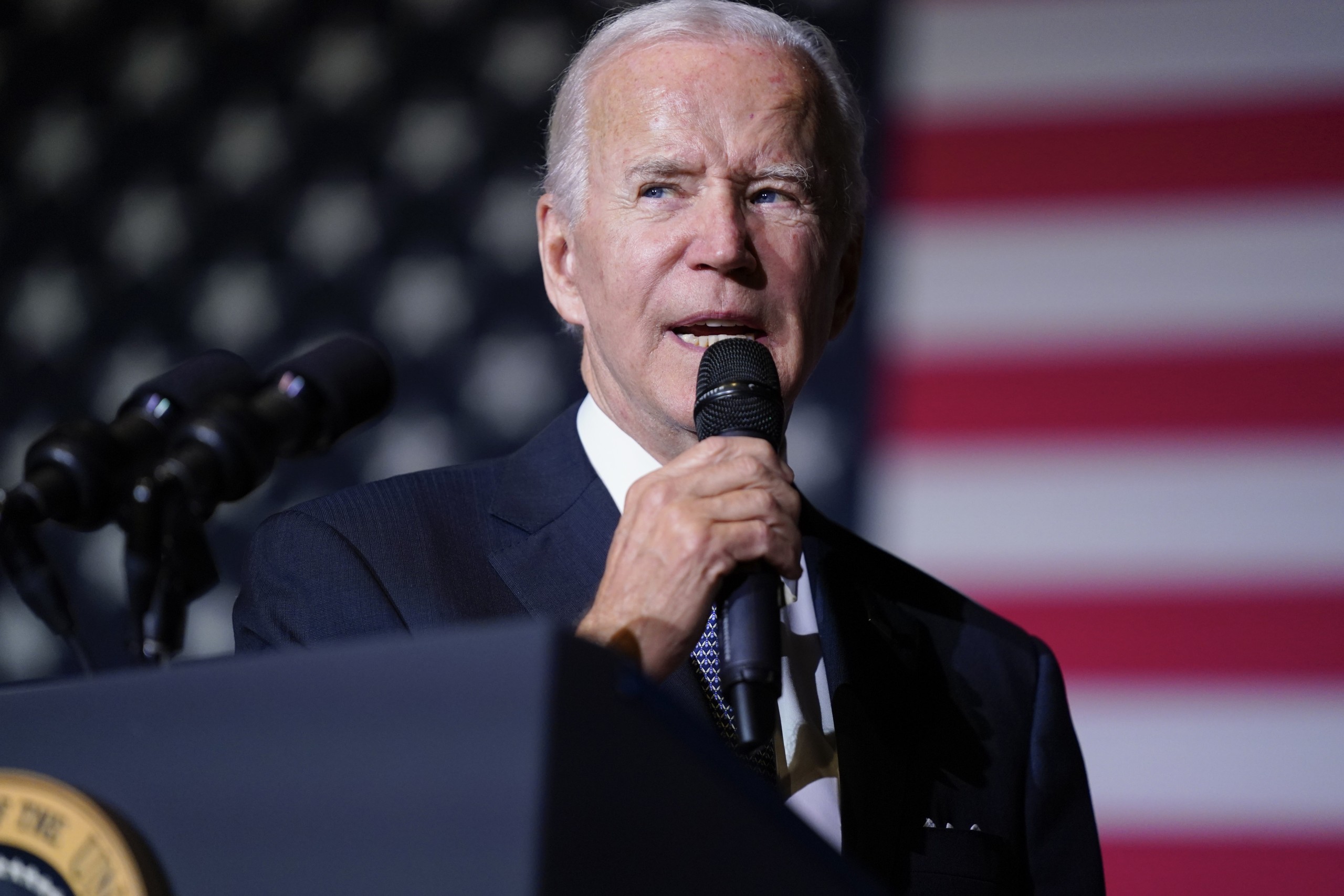 It’s not the only challenge the plan faces. Last month, the 8th U.S. Circuit Court of Appeals in St. Louis put loan forgiveness on temporary hold while it considers a challenge from six Republican-led states.

The fate of the plan will likely eventually end up in the Supreme Court, meaning a final decision is a ways off.

HOW THE FORGIVENESS PLAN WORKS

The debt forgiveness plan announced in August would cancel $10,000 in student loan debt for those making less than $125,000 or households with less than $250,000 in income. Pell Grant recipients, who typically demonstrate more financial need, would get an additional $10,000 in debt forgiven.

College students qualify if their loans were disbursed before July 1. The plan makes 43 million borrowers eligible for some debt forgiveness, with 20 million who could get their debt erased entirely, according to the administration.

The Congressional Budget Office has said the program will cost about $400 billion over the next three decades.

Pittman — an appointee of former President Donald Trump based in Fort Worth, Texas — made it clear that he felt Biden overstepped his authority. He said the Higher Education Relief Opportunities for Students Act of 2003, commonly known as the HEROES Act, did not provide the authorization for the loan forgiveness program.

THE PLAN FACES MANY OTHER LEGAL CHALLENGES

In September, the Republican-led states of Nebraska, Iowa, Kansas, Missouri, Arkansas and South Carolina filed suit to halt the program, arguing that the pandemic no longer qualifies as a national emergency. Justice Department attorney Brian Netter disagreed, telling U.S. District Judge Henry Autrey in October that student loan defaults have skyrocketed over the past 2 1/2 years.

Autrey ruled on Oct. 20 that the states lacked standing, allowing the forgiveness plan to proceed. But the 8th Circuit temporarily halted it the next day while it considers a permanent block. That decision is still pending.

The White House encouraged borrowers to continue applying for relief, saying the court order did not prevent applications or the review of applications.

The plan has faced other legal challenges. In October, Supreme Court Justice Amy Coney Barrett rejected an appeal from a Wisconsin taxpayers group. A federal judge had earlier dismissed the group’s lawsuit, finding they didn’t have the legal right, or standing, to bring the case.

THE TEXAS RULING WAS A BIGGER BLOW TO THE PLAN

Pittman’s decision strikes down the underlying legal argument used to justify Biden’s plan. Previously, the White House has been able to dodge legal attacks made in lawsuits by tweaking details of the program.

One lawsuit argued that the automatic debt cancellation would leave borrowers paying heavier taxes in states that impose a tax on canceled debt. The administration responded by allowing borrowers to opt out. Another suit alleged that Biden’s plan would hurt financial institutions that earn revenue on certain kinds of federal student loans. The White House responded by carving those loans out of the plan.

The new ruling, however, argues that the HEROES Act does not grant authority for mass debt cancellation. The law grants the Education Department wide flexibility during national emergencies, but the judge ruled that it’s unclear whether debt cancellation was a necessary response to COVID-19, noting that Biden recently declared the pandemic over.

The legal situation is complicated because of the numerous lawsuits. It’s likely that the Texas case and the lawsuit filed by the six states will be appealed to the Supreme Court. Before it reaches that level, the 5th and 8th Circuit appeals courts — both dominated by conservative judges — will rule separately in each case.

The case before the 8th Circuit could end up in the Supreme Court soon, since the six Republican-led states have asked the appeals court to keep the program on hold while the case plays out. If the appeals court grants that request, the administration will likely ask the Supreme Court to intervene. The states also could go to the high court if their request is denied.

Likewise, the administration has signaled it will appeal the Texas ruling. If the 5th U.S. Circuit Court of Appeals is asked to block Pittman’s ruling pending appeal, the losing side could then turn to the Supreme Court.

In either case, appellate courts would not issue a final ruling on the validity of the program, but on whether it can go forward while challenges proceed.

At the same time, emergency orders can signal how courts will ultimately decide a case. In January, the Supreme Court consolidated challenges to the administration’s authority to impose a vaccine-or-testing requirement on the nation’s large employers. A few days after hearing arguments, the court split 6-3 to block the requirement, saying the challengers were likely to prevail in the end. A separate vaccine mandate for most health care workers was allowed to proceed when the court concluded that a challenge to it was likely to fail.

Borrowers are confused about whether their debt will be canceled, or if they’ll have to resume making payments on Jan. 1, when a pause prompted by the COVID-19 pandemic is set to expire.

Some borrowers said they were skeptical they would ever see the relief, anyway.Brenna Zimmerman, who graduated from Kansas State University in 2021 with about $30,000 in debt, called the debt forgiveness “a little bit too good to be true.” And even though the program would benefit her, Zimmerman, 24, now a graphics coordinator at a packaging company, wonders if it’s a good idea.

“I think I’d be a fool not to apply,” she said, adding, “I don’t think it’s necessarily fair, especially to people who chose not to go to school.”

Lauren Pete, a 20-year-old junior at Louisiana State University, has $10,000 in student debt and is hoping to go to graduate school. She called the benefits of the loan forgiveness program “a dream come true” that would ease the financial burden for her and for her parents, who didn’t go to college and worked hard to help her with tuition.

“All I want to do is make them proud and make this process much easier for them, especially because I have a younger brother who’s going to be starting (college) next fall,” Pete said.

When 25-year-old Hofstra University graduate Sarah Puckett heard about the plan, she couldn’t believe she might have some of her $26,000 debt forgiven.

“I was frantically calling my dad, frantically saying, what does this mean?” Puckett, now a TV producer for a true crime network, said. “Is this real? I feel like they’re going to take it away from us. I don’t believe it.”

Now, she worries that it really was too good to be true.

“I’m so excited to have applied, but you know, I’m not going to take it to the bank until I see that it’s actually happened,” Puckett said.

Frederick Bell, 30, of New Orleans, has $23,000 in student loan debt and was hopeful to be excused of all but $3,000 of that amount. The 2014 graduate of the University of Washington said being free from debt would allow him to consider furthering his education or buying a house.

“This (Texas) ruling definitely kind of like burst a lot of people’s dreams when it came to the financial freedom after this relief,” Bell said.