WASHINGTON (AP) — First lady Jill Biden has hosted a Veterans Day breakfast at the White House. She also announced new support for the Hidden Helpers Coalition, which works with children who live with wounded service members and veterans. After Friday’s breakfast, the first lady will join Vice President Kamala Harris and her husband, Douglas Emhoff, at Arlington National Cemetery. President Joe Biden recorded a video message thanking veterans and acknowledging that “so many still carry the physical wounds and invisible scars of their service.” He is in Egypt at a United Nations conference on climate change. 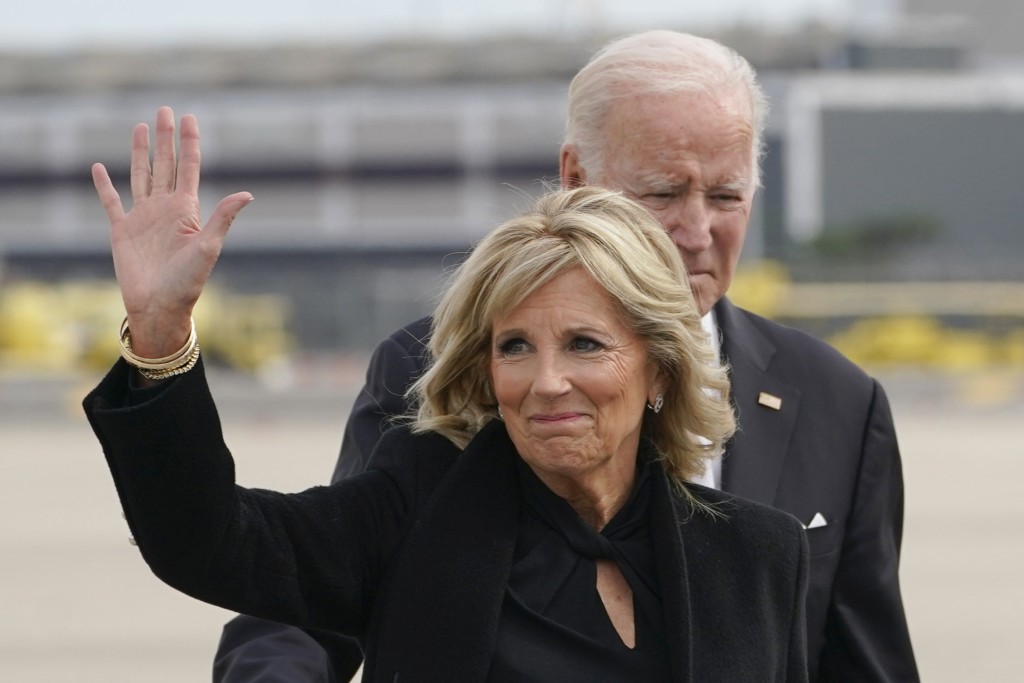 WASHINGTON (AP) — First lady Jill Biden hosted a Veterans Day breakfast at the White House as she announced new support for children who live with wounded service members and veterans.

The initiative, known as the Hidden Helpers Coalition, is designed to help young people who act as caregivers.

After the Friday breakfast, Biden will join Vice President Kamala Harris and her husband, Douglas Emhoff, for the annual remembrance at Arlington National Cemetery.

“Since our nation’s founding, our veterans have defended our democracy, protected our posterity, shouldered the weight of war on our behalf,” President Joe Biden said in a video message. “So many still carry the physical wounds and invisible scars of their service.”

The Democratic president released the video because he left Thursday night for Egypt to attend an annual United Nations conference on climate change. He also has stops in Cambodia and Indonesia before he returns for his granddaughter’s wedding at the White House on Nov. 19.

This is the first Veterans Day since Biden signed legislation expanding health care for service members who were exposed to burn pits in Iraq and Afghanistan or to chemicals that were used in previous conflicts.

More than 137,000 claims involving toxic exposure have been filed, the Biden administration says. The Department of Veterans Affairs also began asking veterans about possible toxic exposure earlier this week in an attempt to identify any health complications.

The legislation, known as the PACT Act, was a priority for Biden. His eldest son, Beau Biden, died of brain cancer in 2015, several years after he was exposed to a burn pit during military service in Iraq.

Follow the AP’s coverage of issues related to veterans at https://apnews.com/hub/veterans.