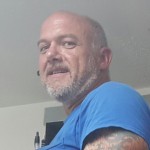 Bill was born May 25, 1967 in Memphis, the son of the late William Edward Fleming, Sr. and Linda Sue Elam Fleming. He graduated from Gray Academy in Ashland, Mississippi in 1985 and served his country in the Mississippi Army National Guard for six years. Bill was the owner of Fleming Heating and Air for many years and enjoyed fishing, hunting, music and playing the drums.

In addition to his parents, he was preceded in death by his sister, Susan Fleming.