NUSA DUA, Indonesia (AP) — President Joe Biden said Wednesday it was “unlikely” that a missile that killed two in NATO-ally Poland was fired from Russia, but he pledged support for Poland’s investigation into what it had called a “Russian-made” missile. 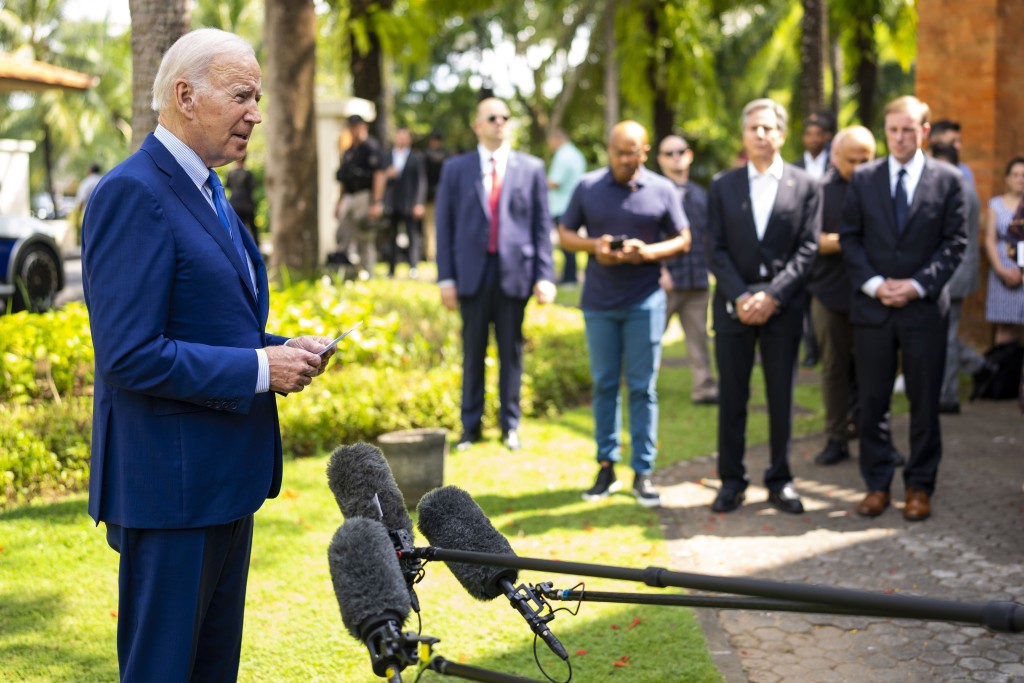 Biden spoke after he convened an “emergency” meeting of the Group of Seven and NATO leaders in Indonesia Wednesday morning for consultations on the attack that killed two people in the eastern part of Poland near the Ukraine border.

“There is preliminary information that contests that,” Biden told reporters when asked if the missile had been fired from Russia. “It is unlikely in the lines of the trajectory that it was fired from Russia, but we’ll see.”

It was not immediately clear whether Biden was suggesting that the missile hadn’t been fired by Russia at all. Ukraine still maintains stocks of former Soviet and Russian-made weaponry, including the S-300 air-defense missile system.

The president, who was awakened overnight by staff with the news of the missile explosion while in Indonesia for the Group of 20 summit, called Polish President Andrzej Duda early Wednesday to express his “deep condolences” for the loss of life. Biden promised on Twitter “full U.S support for and assistance with Poland’s investigation,” and “reaffirmed the United States’ ironclad commitment to NATO.”

Biden said that he briefed the allies on his conversations with Duda and NATO Secretary General Jens Stoltenberg and that there was “Total unanimity among the folks at the table” to support Poland’s investigation into the attack.

“I’m going to make sure we find out exactly what happened,” Biden said. “And then we’re going to collectively determine our next step as we investigate.”

Meeting at a large round table in a ballroom in his hotel, the U.S. president hosted the leaders of the G-7, which includes Canada, France, Germany, Italy, Japan, the United Kingdom and the European Union, along with the president of the European Council and the prime ministers of NATO allies Spain and the Netherlands.

A statement from the Polish Foreign Ministry identified the missile as being made in Russia. But Poland’s president, Duda, was more cautious about its origin, saying that officials did not know for sure who fired it or where it was made. He said it was “most probably” Russian-made, but that is being still verified. If confirmed, it would be the first time since the invasion of Ukraine that a Russian weapon came down on a NATO country.

The foundation of the NATO alliance is the principle that an attack against one member is an attack on them all, making the source of the missile launch critical for determining next steps.

“The moment when the world came together at the G-20 to urge de-escalation, Russia continues to escalate in Ukraine, while we’re meeting,” Biden said. “There were scores and scores of missile attacks in western Ukraine.”

Biden and his allies had set out to isolate Russia at the G-20 summit and the group’s final communique was expected to show that “most” of the nations in the G-20 condemn Russia’s invasion.